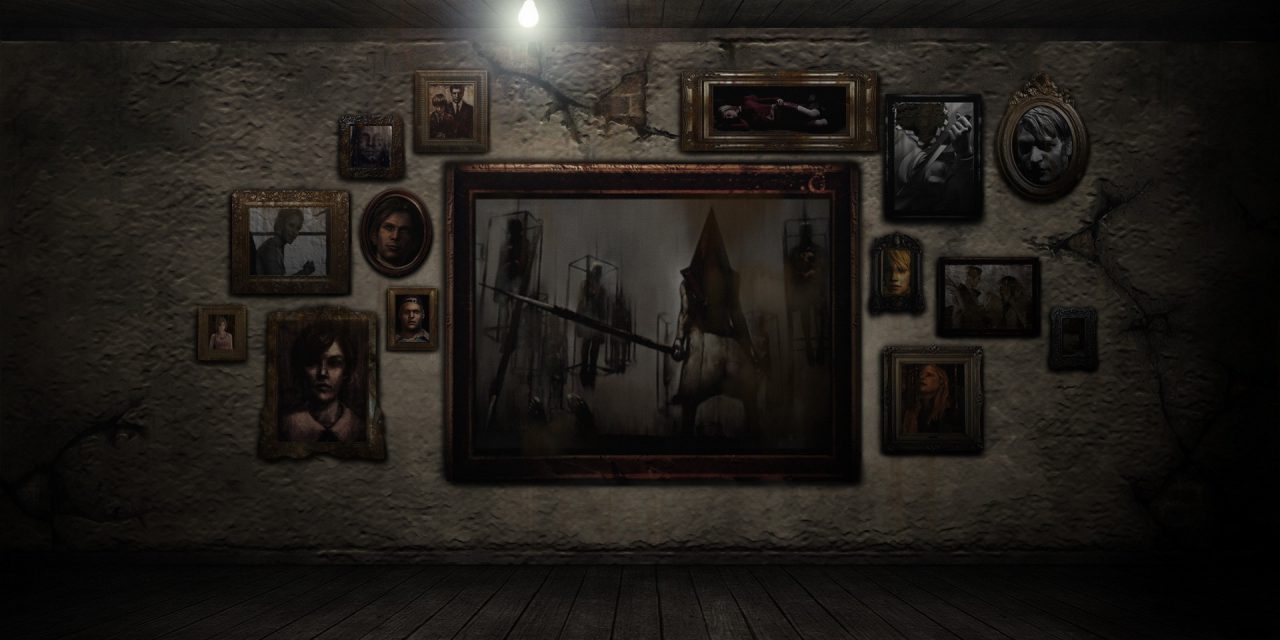 Something I’ve always found weird about the human psyche is that when it comes to TV, movies, video games, books etc we love the thrill of being scared even though its mental punishment we take some kind of pleasure in it. As I’ve said in recent articles the horror genre in the world of video games has been on the up insanely lately. With more innovative gameplay ideas and VR headsets creating a more immersive experience for gamers, developers are doing a great job of turning out hair grey (that’s my excuse anyway). All this recently has got me to thinking about what has scared me in my years of gaming, the moments in video games or some games as a whole that has stuck with me over the years, old and new this is what has left me terror-stricken. SO!!! Without further a due and in no particular order!

Although not everyone’s favourite entry in the storied Tomb Raider franchise I feel that the 5th title chronicles had something special and unique to offer with new mechanics and weaponry to master but also it gives us an insight to our favourite archaeologist Lara Croft’s back story and earlier years. One such chapter of this story takes a complete U-turn and delivers something so familiar yet so uncharacteristic in the black isle levels. Playing as a 16-year-old Lara you stow away on a priest’s boat as he set out the ominous island to research paranormal activities there. The surroundings a gloomy and devoid of light thanks to the dank cliffs and lakes and the eternal downpour and the sounds and score only intensify things further and made me feel so uneasy when I was a kid. On your travels, you come across such colourful people as a hanging corpse that talks, gremlins, a sea hag and an undead Cossack by the name of Verdilet who can’t leave the island due to the running water (?). All of this brings new life to the series leaves you on edge, gives you goose bumps and makes you feel like you’re playing an entirely different game altogether which chronicles does a number of times in all honesty. 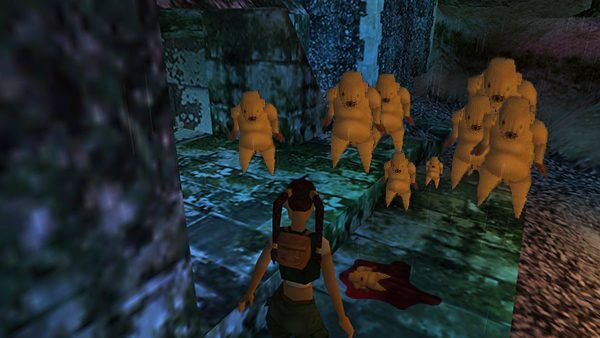 An ever present occurrence in the Silent Hill franchise since the 2nd instalment, good ol’ pyramid (also known as Red Pyramid, the Boogeyman and Sankaku Atama) has become somewhat of an eerie mascot to the series and when this guy shows up in Silent Hill 2, you know it’s about to hit the fan! Serving as the embodiment to James’ sins and deep inner guilt the sheer presence of Pyramid Head makes you think ‘Sweet Jesus! How messed up is James?!’ The menacingly jerky movements, the way he wields his giant knife, the looming façade and not to mention his ever inventive ways of killing people! All of this combined makes for a terrifying antagonist. To add to all this towards the end of the games he becomes an even more powerful being when James gives up after not one, but two murder Mary in brutal fashion and he finally admits that he has always needed him as punishment for the sins he has committed. In all of gaming, I have rarely seen such a pressuring figure and every time he showed up my instincts went out the window proving this as being great creative horror. 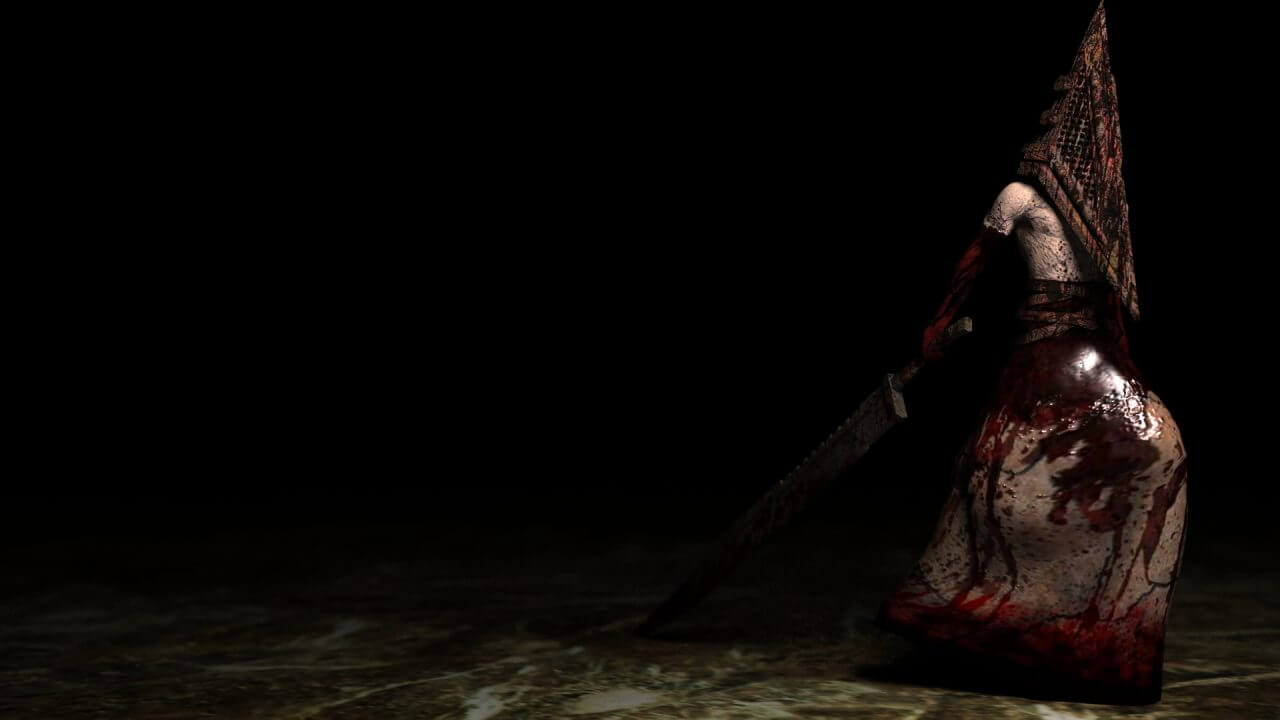 Who doesn’t love a good jump scare eh? They keep us on our toes, they provide a quick thrill to the system and they bring our more visceral instincts to the forefront, letting us know what we would do in such a situation while playing vicariously through another character’s eye, and when it comes to the art of the jump scare I say HUZZAH! For Bioshock. Over the past decade, this series has found a number of ways to make your heart skip a number of beats and one moment that sticks out is when you find yourself in a certain dentist’s office during your tour of the dystopian Rapture. You come across an empty dentist’s chair (scary enough for some) when a shroud of smoke blocks your vision and you hear footsteps pacing by and when it all clears you to find a corpse of a splicer in the chair, hesitantly moving the smoke returns and upon turning around you find your dentist, towering over you and with murder in his eyes, this made me give out a shriek I’ve never let out before and haven’t since, making for exciting and heart pumping gameplay. 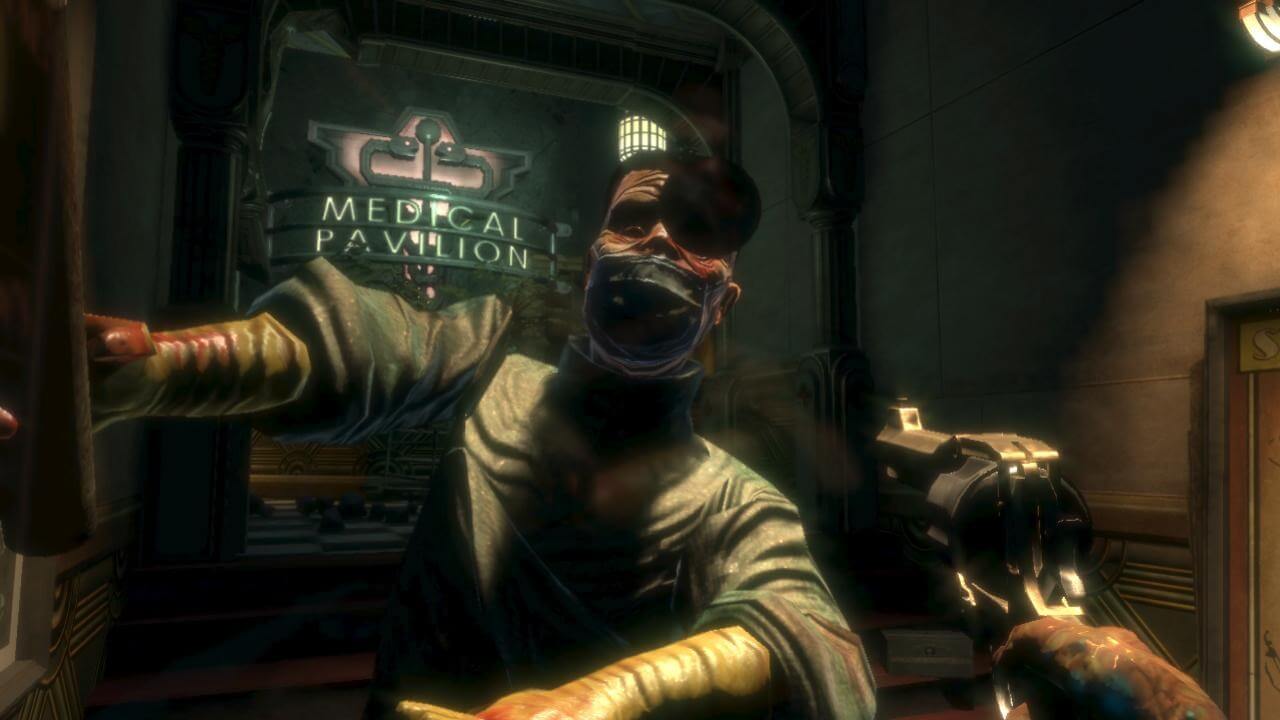 They say the anticipation of death is much worse than death itself and no game drives that point home more than Alien Isolation. This ode to the beloved film series puts you on the desolate space station the Sevastopol, with barely anyone to be found and the place in lockdown you soon find there is a life form on board causing all this chaos, the familiar Xenomorph. This game leaves you trembling as our two mouthed friends can appear anywhere and anytime leaving you in a constant state of paranoia, you’re sceptical to progress in fear of the alien being just around the corner or in an overhead vent, you know there’s a goal to accomplish but that takes a backseat as you’re constantly waiting for the axe to fall. Peace of mind rarely happens, your confidence rises only for a sneak attack to happen you truly feel your heart racing from beginning to end and to me this is fantastic craftsmanship on Sega’s part. But if I’ve said it once I’ve said it a hundred times the people who worked on the audio are evil geniuses with every sound you hear whilst playing the most tormenting game of hiding and seek ever completely stops you in your tracks! Is it our slippery stalker? or is it all in your mind? This is a terrifying game and messes with you physiologically in such a manner I’ve never seen before, do not play alone! 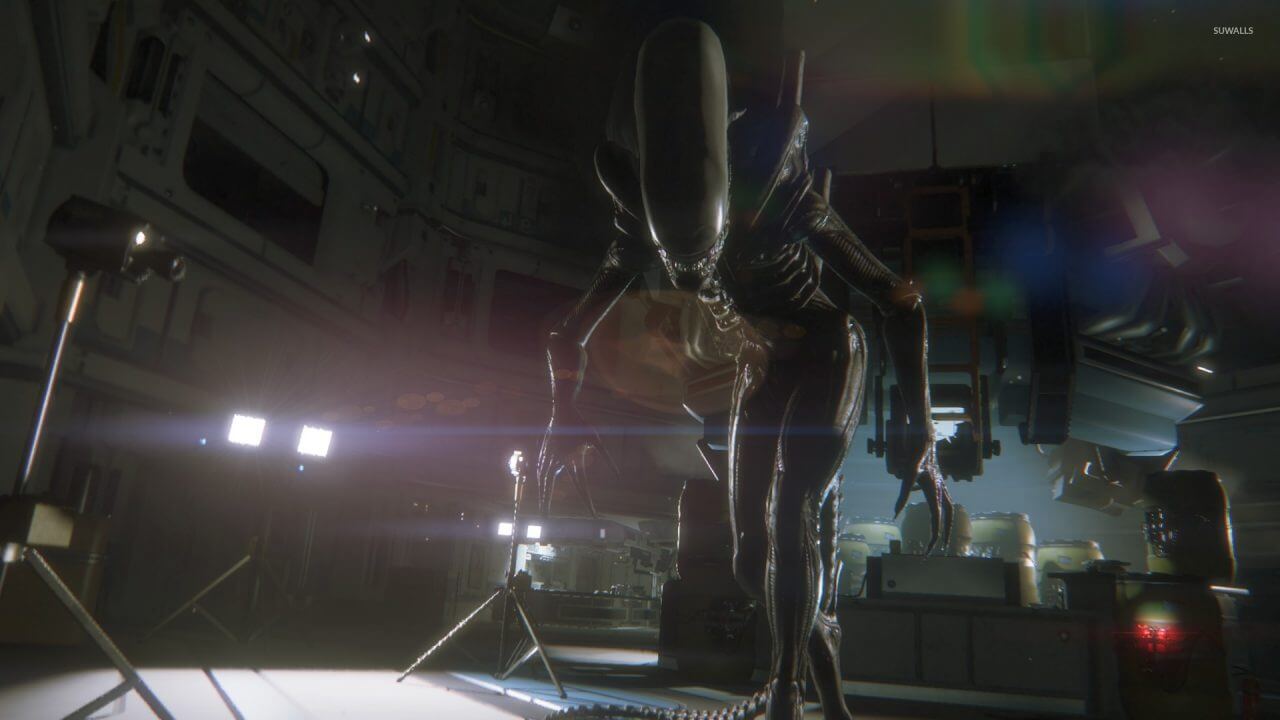 Naga is pure nightmare fuel! (Just look at that face, LOOK AT IT!) her vacant eyes, her sharpened teeth and her voice make for an unexpected terrifying experience in this game. While exploring the Fociaugh Hollow in chapter 5 Naga relentlessly stalks you, hearing her pass by from seemingly any direction and glimpses of her from the corner of your eye she becomes a menace before she eventually nabs Prompto from your party temporarily and then reveals herself and SHE. IS. HIDEOUS! Looking as intimidating as a snake lady can, she consistently asks you in a satanic rasp ‘Where is my baby?’ and being the courageous son of a bitch I am claimed I knew where her baby was in hopes she’ll leave me alone and for those that have played this game, it doesn’t work out does it? 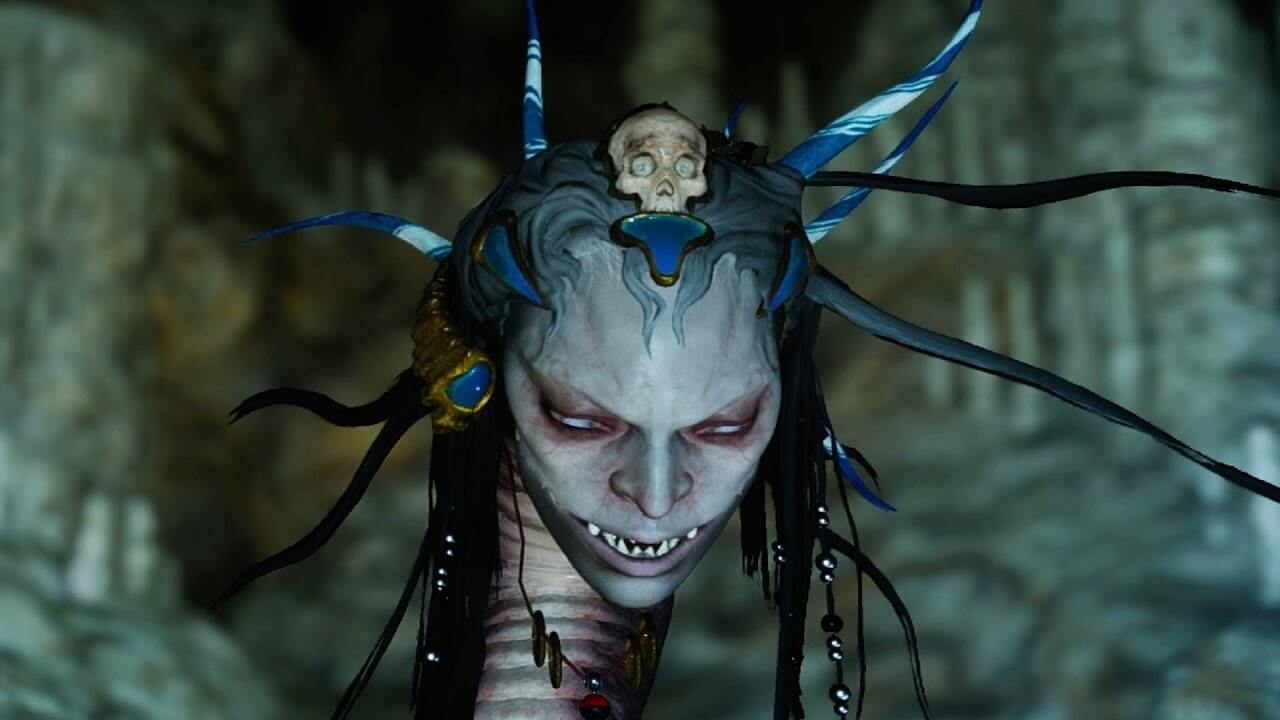 Do you all agree with me on this one? Are there any moments in gaming or just a whole game in general that gives you the creeps?

Then why not sound off in the comments below! 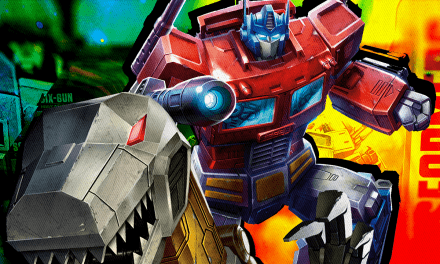 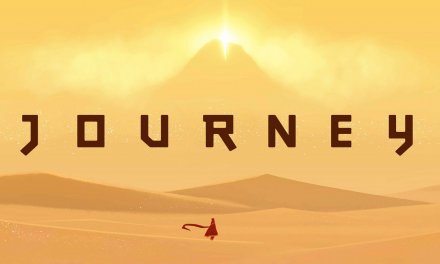 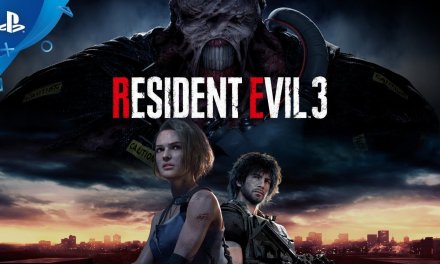 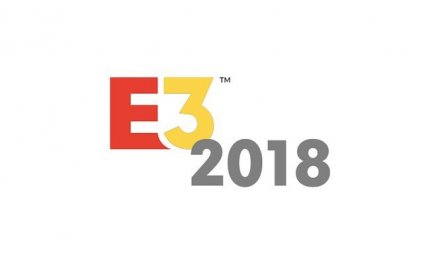