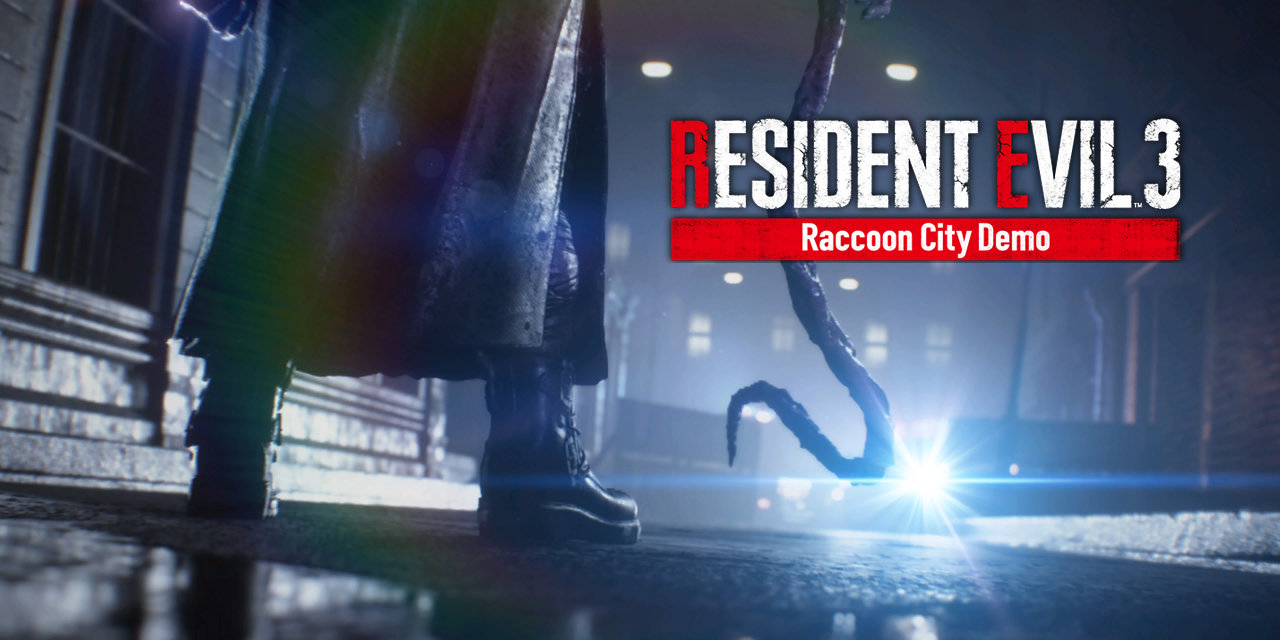 So after 4 days of self-isolation as well as months of waiting and anticipation, the playable demo for the highly anticipated remake of Resident Evil 3 is finally here, ahead of it’s launch on April 3rd 2020 for PC, Xbox One and PS4. Offering quite the chunky section of Racoon City to explore, the RE3 demo has done away with the timed ‘one shot’ experience that came with the RE2 demo, allowing you to take your time and soak up all of the content on offer. Whilst actively trying to avoid developing cabin fever, I managed to squeeze in a couple of hours with the RE3 demo; as such, I’m going to be detailing my first impressions of the upcoming title, detailing any changes I noticed to the 1999 original, and whether it lives up to the hype that’s been surrounding the game over the last couple of months.

With the release of Resident Evil 4, something changed in the world of survival horror that Capcom built from the ground up. The title saw a move away from Resident Evil’s roots in ‘fixed-angle’ survival horror and instead into a more action-oriented experience, which followed on for not only the Resident Evil franchise, but for other survival horror titles of a similar ilk, such as the spiritual successor series: The Evil Within, directed by none other than the progenitor of the RE franchise (and director of Resident Evil 4) Shinji Mikami. Mikami’s new ‘action-oriented’ survival horror formula would go on to dominate the franchise, through the Revelations spin-off series, as well as with Resident Evil 5 & 6, with Capcom not returning to their roots until the release of Resident Evil 7: Biohazard (which was the first title to use the spectacular RE Engine). RE7 was a resonating return to form for Capcom, opting for a first-person perspective, while following the gameplay stylings of Amnesia: The Dark Descent and grounding the experience in all the things that players identified with early RE titles, also sharing narrative cues to Sweet Home (1989) which was the original game that served as Tokuro Fujiwara’s precursor to Resident Evil (1996).

Following on from RE7 was the ground-breaking remake of Resident Evil 2 (shamelessly plugging my own review here) which solidified Capcom once again as a household name, but proved beyond a doubt that there was a tangible market for true survival horror. Capcom doubled down on this, and announced the long-rumoured and highly anticipated remake of Resident Evil 3: Nemesis for modern systems, almost 11 months after the release of the RE2 remake at Sony’s State of Play presentation in December 2019. Thursday saw the drop of the demo for the remake for Resident Evil 3, offering a sizable chunk of Raccoon City to explore while being just big enough to showcase a number of new gameplay features built on to the solid foundations set down in the RE2 remake. A nice feature this time around is the ability to play the demo multiple times without the constraints of a timer which accompanied the RE2 demo, along with 20 ‘Mr Charlie’ dolls hidden throughout the demo (I managed to find 8 in total) which incentivises multiple runs. Whilst we’re currently in the midst of our own pandemic with COVID-19, Capcom’s timing could not have been better, especially with how best to deal with a pandemic (shooting zombies in the cranium in place of hoarding toilet paper).

The demo starts someway into the first chapter (at least in terms of the narrative of the 1999 original) and sees characters Jill Valentine, Carlos Oliveira and Mikhail Victor on a subway train discussing Jill’s role as a S.T.A.R.S. member of the RPD (Mikhail is more far more mysterious this time around) and how they plan to evacuate by getting the subway up and running (reminiscent of the cable car puzzle from the 1999 version). The first thing I noticed was the same level of visual fidelity and performance that was present in the RE2 remake, which is a testament to the power of the RE Engine, rendering the game perfectly in checkerboard 4K HDR (3840x2160p) with a solid 50-60fps framerate that seemed consistent throughout the entire demo on the PlayStation 4 Pro. The demo sees Jill head towards the substation to restore power to the City’s subway network, exploring the streets of Racoon City en route, which is quite a sizable section of city to explore with a number of buildings that can be closely examined and looted, retaining some of the atmosphere of the closed environments from the RE2 remake. The first notable feature that directly affects the gameplay is the new dodge mechanic (the 1999 original had a similar feature) that allows Jill to perform a dash by pressing R1 and a direction, with the reward of a perfect dodge (if timed right) which slows down time, locks onto the nearby enemy’s head and increases rate of fire of the weapon you’re using, pretty much guaranteeing the death of the zombie. While this move is a reward for a someone difficult dodge mechanic (it’s all about timing) once mastered, it could somewhat destroy the pacing as well as the already toned-down horror elements of the game, pretty much guaranteeing a kill every time. I’m personally not a fan of it purely out of principle, but RE3 was a bit more action-oriented that the first two (which was a perfect balance of horror and action in my humble opinion) so it’s safe to assume that Capcom have balanced its effectiveness in regards to some of the stronger enemies (Nemesis included) later on in the game. One thing of note for myself is the amazing level of detail of the streets of Racoon City, having a perfect mix of ambient lighting and sound amidst the backdrop of the neon soaked turmoil (reminiscent heavily of Blade Runner). The seamless transition of shop fronts to street level was all the more impressive given the overall scope of the city, with a personal favourite being the donut shop (which reminded me a lot of the restaurant from the 1999 original) a dimly lit diner with corpses at the booths, all the while rocking the end credits theme to the B scenario of 1998’s Resident Evil 2, which was a nice nostalgic nod to fans of the original trilogy.

In terms of moment to moment gameplay, Resident Evil 3 plays very similar to Resident Evil 2, albeit a bit smoother to boot (the RE Engine has possibly been improved somewhat since RE2). There are a number of gameplay improvements that are designed with more action in mind, such as a ‘quick grab’ mechanic for items such as ammo and herbs which will allow a smoother transition with grabbing items while on the run (which will likely happen a lot in this game). Another mechanic that I liked was the ability to get enemies off you quicker by mashing the X button with an on-screen prompt, finally acknowledging a common habit of fans of the original trilogy (still unsure if it ever actually did anything). Ambient elements return from the 1999 original also, the most notable of which are the ‘conveniently placed’ explosive barrels which allow you to take out a group of zombies near instantly, as well as the reimagined ‘save room’ theme from 1999, which is new, but also sounds close enough to the original to envelop that sense of nostalgia that the RE2 remake perfected (hopefully the original soundtrack comes back also like in RE2). In terms of the zombies, they felt as tanky as they did in RE2, but thanks to the over-abundance of ammo and indestructible knife, they usually don’t prove too much of a threat, with the old school survival method of downing them and finishing them off with a knife ensuring that you will remain swimming in ammo for the duration of the demo (hopefully the ammo drops are less frequent on the final game’s harder difficulties). The big talking point of the demo is by far the ol’ boy himself: Nemesis, who has had a complete reimagining complete with a purpose-built Tyrant AI using Mr. X’s base mechanics from RE2, only with increased aggression and agility, making the titular behemoth the very definitely of a waking nightmare. I was doing relatively okay in the demo until Nemesis turned up out of nowhere, showcasing his new ability to turn zombies into creatures reminiscent of the headless Las Plagas Ganado’s from RE4, making them all the more deadly. Upon first contact with Nemesis, it was made apparent within seconds the lengths that Capcom have gone to in making the creature a force of nature, being next to impossible to outrun, with the ability to drop down at different sections throughout the demo (swinging down from a lamp post at the back of the donut shop almost made me crap my pants tenfold) making Mr. X look like one of the Care Bears by comparison.

Upon completing the demo, you’re rewarded with a new cinematic trailer with some interesting highlights; without giving too much away (go and earn it for yourself!) it seems that the initial stages of the outbreak are going to be fleshed out significantly more in the RE3 remake, showcasing characters from RE2 as well as a more thorough exploration of fellow S.T.A.R.S member: Brad Vickers, who met an untimely end in the original via a tentacle to the face. Overall the Resident Evil 3 Racoon City demo hit all the right points of a faithful recreation of one of survival horror’s greats, showcasing a perfectly designed city in turmoil (maybe a bit too realistic with all of the COVID-19 scares going about) which is engrossed in just as much atmosphere as it’s predecessor, while retaining it’s own mechanics allowing it to stand on its own. With a redesigned Nemesis and advanced AI to boot, Resident Evil 3 is showing all of the tell-tale signs of a game that is going to an unrelenting tour de force on your senses, making you terrified to walk around a corner in fear of hearing a low-pitched growl of “Staaaarsss…”. Resident Evil 3 launches across all major platforms on April 3rd, with an open beta for the game’s multiplayer component: Project Resistance dropping on March 27th to keep everyone tied over until the full release. As always, stay tuned to Game Hype for full coverage of the beta and my eventual review of the full game when it releases on the PS4 on April 3rd. Stay scared folks. 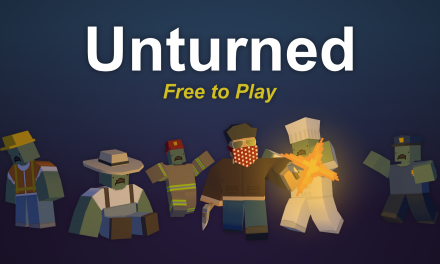 A Free Game Worth Your Time #1 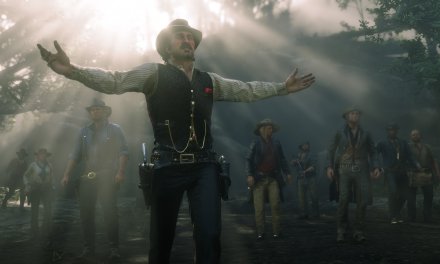 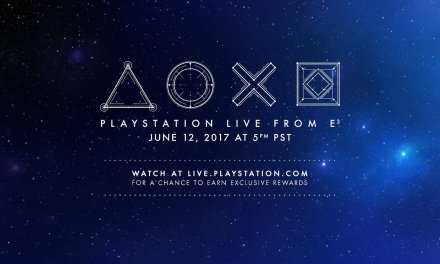 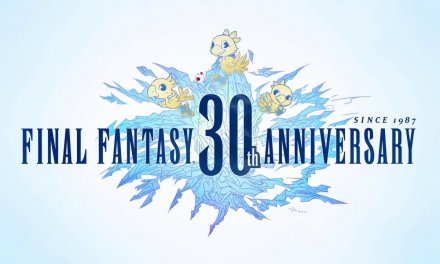 Final Fantasy 30th Anniversary – Bettsy’s Journey To Zanarkand And Back