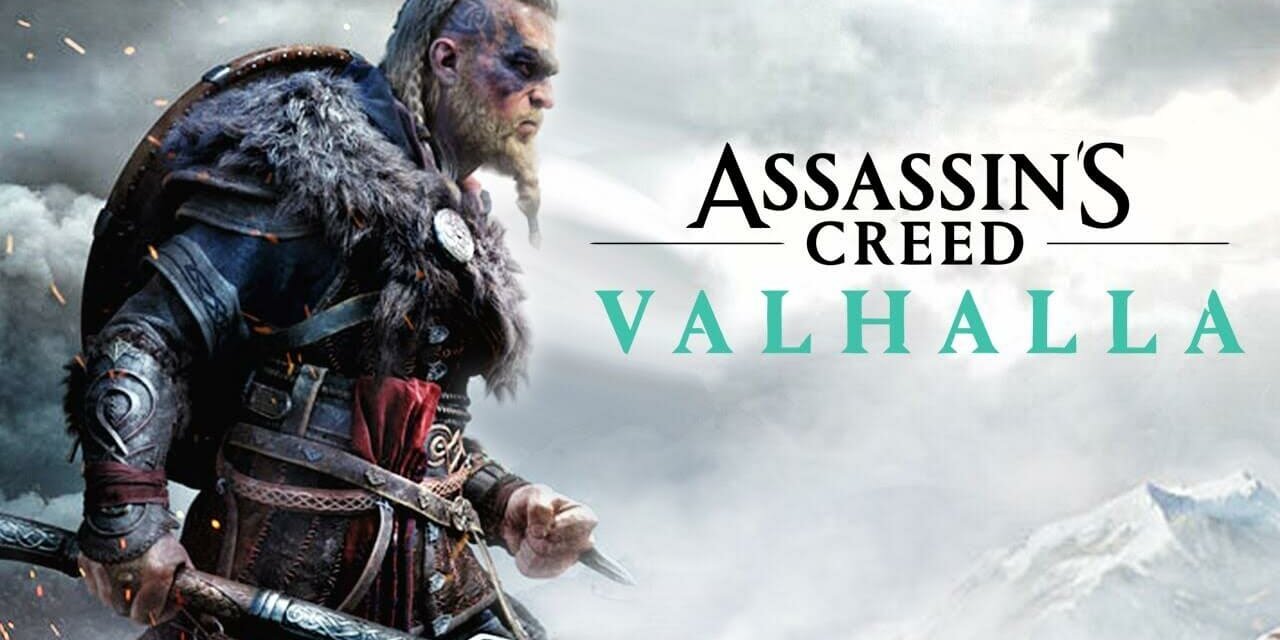 A title which amply sums up my time on the latest release in the single-player Assassin’s Creed series, developed by Ubisoft. In a game that has some similarities with a certain game of thrones. We see clans, kings, and bloodthirsty battle chiefs vying for more power, more kingdoms, and more wealth in unforgiving lands full of betrayal and dishonesty. If you were to throw Dragons into the mix (well, that and Sean Bean) you’d be forgiven for thinking this is a new chapter in HBO’s smash hit.

The question is, what side are you on?

(There are some spoilers in this article)

The story is centered around the hot-headed Dane “Eivor” and his adopted sibling “Sigurd” who are caught between their own ambitions and other ongoing issues such as the conflicts between numerous kings and their kingdoms. In the prologue, we see Eivor as a child socially mixing in what appeared to be his parent’s celebration feast. Without spoiling too much, an interruption occurs with Eivor witnessing some brutal scenes which continue to haunt him well past his childhood and later into adult life. It’s here where the tone of the game is really set and we start to realize that we are looking at a world full of cold-hearted, barbaric warriors that take the term diplomacy and shove it where the sun doesn’t shine.

As Eivor gets older, he and Sigurd realize they will never be able to lead Norway and re-claim their clans lost glory and honor as the country is now unified. It’s at this point the two Vikings head to England to have a kingdom of their own and build their own dynasty. (Interestingly, you witness a prophecy from a witch doctor very early into the game that states you will betray Sigurd, whilst having visions of the god Odin much to Eivor’s annoyance and insistence of innocence and loyalty to Sigurd).

At the beginning of the game, you also come across two members of the Brotherhood of Assassin’s Haytham and Basim who inform you of “The order of the ancients”. A cult faction of pagans spreading hate. It works in a similar manner to Oddysey’s “Cult Of Kosmos” whereby forming alliances with others, and strapping on those walking boots for plenty of exploration will unveil clues and hints needed, to then seek out these zealots/pagans and bring an end to the Order. As of writing this review, I can’t comment if the Grand Maegester (Leader) of the order is a known character in the plotline. Yet, If I was going to take a guess I’m going to throw an absolute curveball out there and say…..(Drumroll please) King Harald.

Your base (the renamed village of Ravensthorpe), plays a key part in the rise of your clan. Located in a leafy retreat that has the Nene River close at hand, (to enjoy some swashbuckling adventures by boat) once you’ve done some raids and gathered supplies the structures begin to shape and enhance your in-game gains. A hut for Haytham gives you a spot to gain further quests and intel on the order of the ancients. Or a structure for the seer will see your thoughts play out almost like you’re experiencing the dreams and nightmares of Eivor’s conscience in front of you. Developing the settlement from a small, lifeless village to a thriving town that plays a big part in the growth of your army feels worth-while and very rewarding.

Whilst that aspect of the game is superb and continues to build further on the foundations of Oddysey. Some of the world events/mysteries aka side quests are just outright goofy. Traveling through Grantebridgescire I came across a damsel in distress claiming she was being held captive in a chamber screaming out sarcastically for help. Up Steps Eivor to save the day and you then find out she was only messing around to lure a man to her chambers to use as a puppet. Another ludicrous occurrence was a couple who wanted their belongings destroyed and the hut set on fire (whilst inside) to fuel their passion for sex and take them back to their days of raiding and making out. In terms of comedy value, it gets a 10/10, but in a world full of violence and raiders that would rape women and kill for fun. Seeing pretend damsels in distress seemed out of place. I’d still recommend you partake in the world events, it gives the characters on the road a purpose and makes you unsure what to expect. When compared to other titles with more repetitive find and keep side quests, I do hope Ubisoft continues to explore ways of enhancing the minor quests in future releases.

The story narrative continues to go down the multiple-choice path, (such as killing or banishing others) giving you the enjoyment of a variety of dialogue elements that impact the game and the tales that are connected or broken as you progress further into the story.

Meanwhile, in the present day, Layla and her bosom buddies continue their discovery of the ancient artifacts scattered around the world and what it means for the world order. With some interesting references and new material relating back to Desmond, Ezio, and other games of the past. *SPOILER ALERT* Ezio had started to give up on the order and felt some regret at his actions. I was also fascinated at the “Staff Of Hermes Trismegistus” beginning to corrupt Layla’s mind, could this be a sign of a chaotic present day? Perhaps Ubisoft could include flashbacks which would really up the ante somewhat? (I’d of loved to see the anguish on Ezio’s face, questioning his own actions and choices whilst in the order).

Gameplay mechanics are very responsive and at no point does Eivor feel stiff or clunky. My one gripe with the handling would be that Eivor literally scales up every highpoint or structure with no issue what so ever. It’s just too easy. You could probably place a 3000ft statue of liberty loaded with water cannons and amazingly Eivor would still climb it!

Combat offers high levels of variety and can be immensely fun. A stamina bar has been implemented, which does require some careful moderation during boss fights as they in themselves seem a little broken at times. The skill tree also returns adding plenty of variety in terms of abilities and skill points to boost your strength and health. On the blood and gore charts, I have to applaud Ubisoft, they’ve really taken it further than any previous entry. Battles will see you thrust spears through the chests of enemies or even swing and slice a head off whilst blood splurts around Eivor. It’s not for the faint-hearted, it’s unpretty, brutal, and sadistic, yet somewhat satisfying but that’s how life was back in the dark days of that era.

In terms of presentation, the open-world of England encourages you to explore and will reward you for this. Discover the riches and perks on offer from clues in the treasure maps found and you may end up with a weapon, or mythical armor piece which are far less in quantity than that of Oddysey. The environment has plenty of personality with imposing castles rich in lore and acres upon acres of a gorgeous countryside landscape, full of creatures like the loudly croaking herons that enhance the ambiance of the lands whilst roaming the skies and waters. Then there are a plethora of life-like differing colors from the numerous terrains and foliage on show. Playing AC Valhalla in 4K is a true sight to behold, ripples of the water current convincingly bounce the sun rays off the surface. The small patches of snow on Eivors armor that naturalistically slide off as you’re running may seem minor but in 4k give the game an added feel of realism that I was genuinely in awe of.

It’s not bugs galore, but some issues including A.I that occasionally walk/run into a castle wall, and side quest NPC’s lacking any real facial animation/emotion make me think the game probably needed another month or two to be almost flawless. This doesn’t detract from the excellence of the rest of the game. It’s certainly a contender for the best game in the franchise as the storytelling is probably the best in the series without having that feeling of a grind to further progress.

Ubisoft has yet again delivered another enjoyable blast of a journey with some improvements on mechanics carried over from Oddysey. One drawback where Valhalla does lose to its predecessor is in the lead character. Eivor is arguably a weaker main character than Alexios in the previous game and lacks the charisma of the Greek legend. The 2/3 year development cycle is beginning to really pay off as AC is no longer a stale, uninspiring franchise. An engrossing world, full of lore and tales untold to discover. The story is long-winded, stays connected, and has a seriously high amount of depth that will take many, many hours to get through. Valhalla has faster load times on the series x and superb graphics with fully detailed 4k, captivating environments that make the game a real eye-pleaser. A few minor bugs here and there don’t discourage the pleasure to be had from this game.

I have one last question for you. “For truth or for glory”?

Many thanks to Ubisoft for the Xbox Series X code I received. 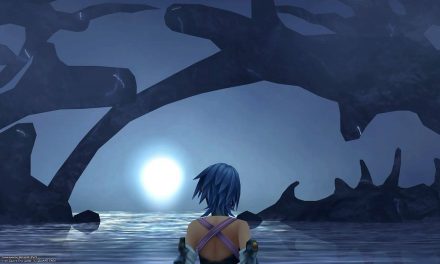 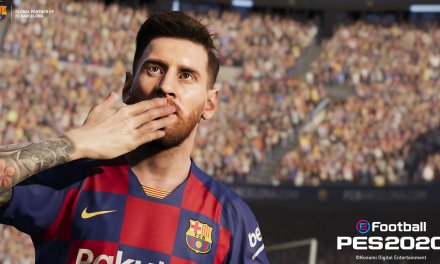 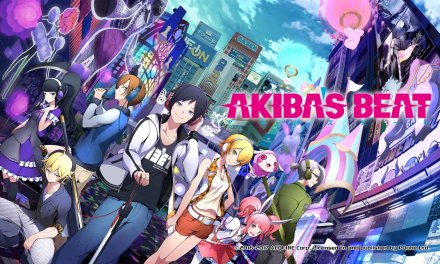 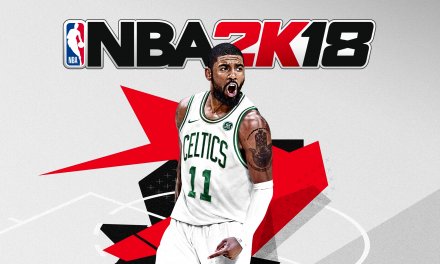