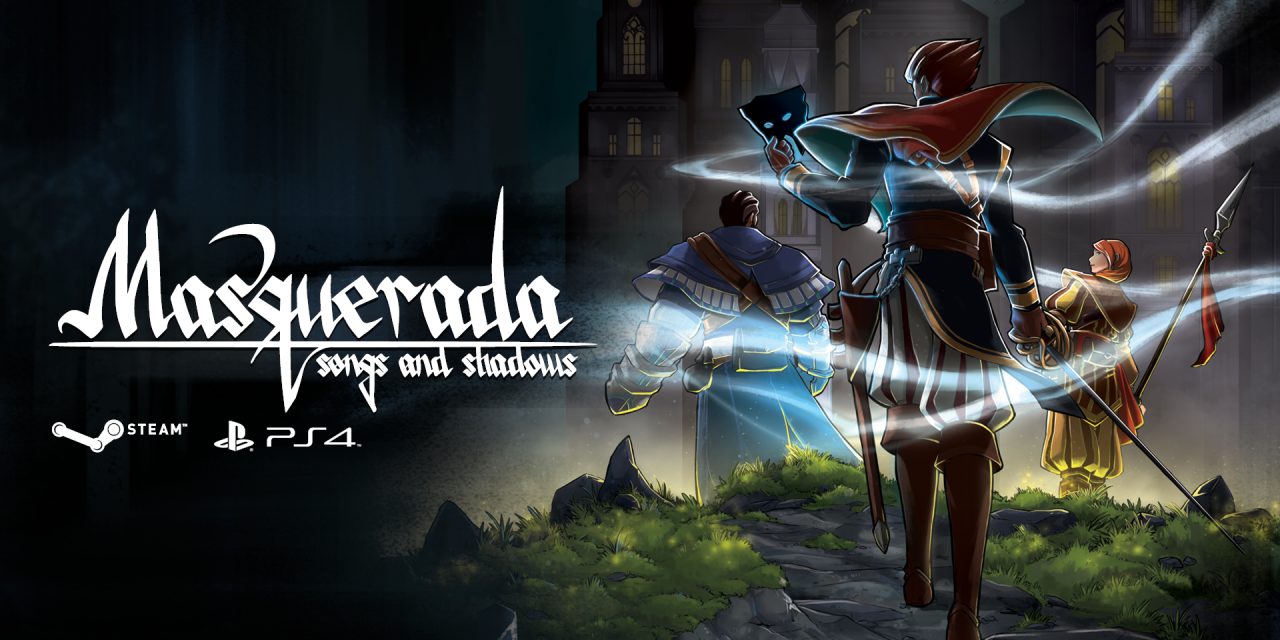 Masquerada: Songs and Shadows is a single-player tactical RPG set in a Renaissance-inspired city of magic, where real-time combat can be paused to set up elemental combos powered by Venetian-styled masks. Come for gorgeous hand-drawn art; stay for the rich lore & a thoughtful, fully-voiced tale of intrigue & tragedy.

Masquerada: Songs and shadows is poetic, all the characters have what I can only describe as romantic mannerisms and it fits so perfectly with the settings and themes of the game I have only tutted once. With the art style and music marrying all these components together I find myself enjoying texts, music and story elements that I would normally pay little attention too.

Tides, I have done it, I have stopped playing Masquerada so I can type this review. well actually that’s not true I have paused it, My controller is nestled between my arm and keyboard for its own safety I wouldn’t want a Fey using it as part of its form.

Twenty minutes into Masquerada I described it as not my style and wordy. But this is why I do my best to let myself cast judgement after an full “session” on a game. I realise now that my session started yesterday morning and it now dragging into what is now this morning, I planned on playing for around four hours and typing as I am now but alas I am ten hours late. And Masquerada is to blame and I am grateful, it has been a long time since lore, story and characters have left me intrigued and by my song I’m intrigued. 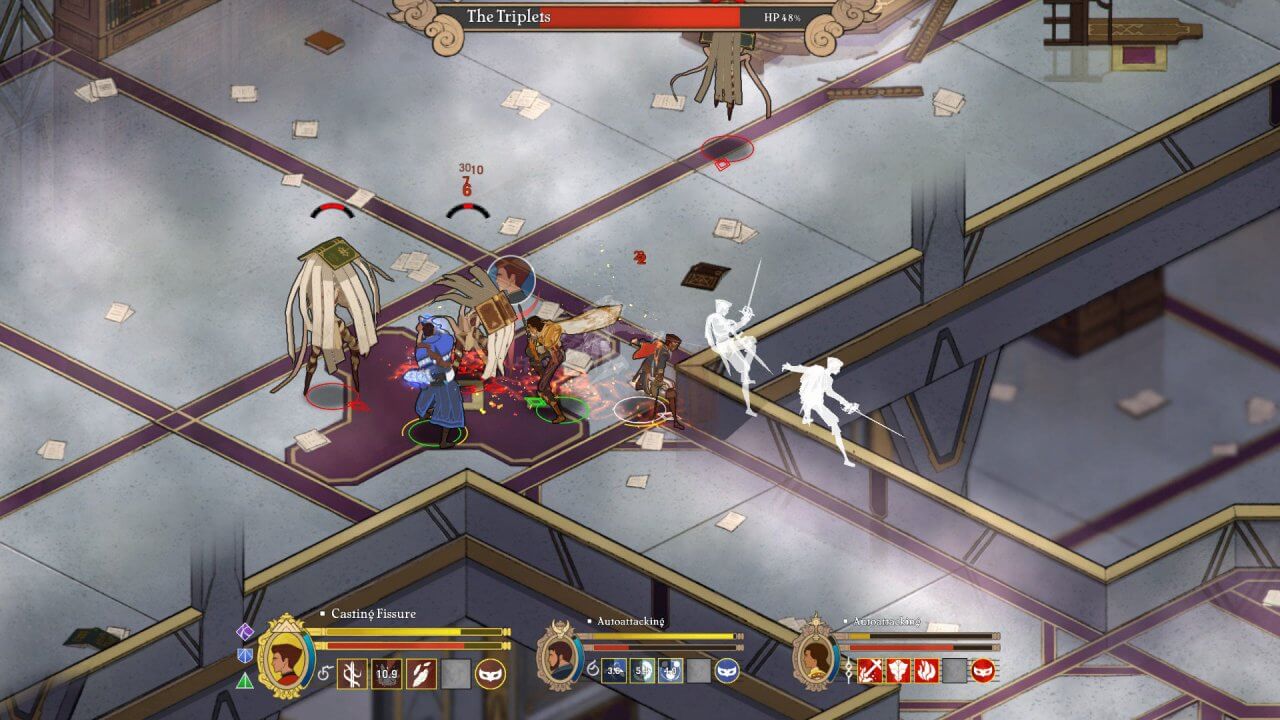 “But…Daniel!” I hear you cry ,Indeed indeed its true I’m normally so gameplay focused that story is considered that annoying bit of work I have to do to be rewarded with gameplay but so far I have said “Aaaawww” aloud twice and upon a revelation said “Oh no” loud enough that a member of my household came to check if I was ok. Along with some form of joy at finding codex entries even though Iv never been a fan of “reading”.

The combat (The thing you need to do to get more story) Is Pausable realtime  allowing you to stop in the heat of battle and assess the situation and/or aim a skill with perfect precision. Although I only found myself pausing once or twice a battle as kiting and managing your skill cool downs seem a much better use of time than making every single attack perfect. Skills are interesting and customizable via skill points which seemed to be rewarded after most large battles. As far as common RPG elements go your not be grinding EXP or items with battles being more skill based with some been easier or harder depending on your choices with the skill point system. Its worth noting the difficulty’s available are Story mode, normal and hard and playing on hard has been excellent with the first real battle really letting me know the difficulty I had selected was aptly named with me seeing my first defend screen about thirty minutes into the game.

The effective use of mechanics like flanking and triggering elemental tags along with some kiting will see you thought harder fights. The Bosses I have encounter so far while a sceptical visually were lacking in threat with me beating them while expecting a sudden resurgence only to find they were truly defeated. If a party member has their HP lowered to 0 they become knocked out and can be revived by channelling for four seconds, While I found this odd some of the longer battles that feature multiple waves of enemies your be needing the extra level of sustainably this mechanic provides you with, As well as you HP you start each battle with a Focus shield, A buffer that is damaged instead of your HP if you are attacked from the front although its effective area can be increased via a defensive stance, Your stance can be changed anytime while in battle and it affects are instant, Sicario: has the smallest Focus arc but increases your movement speed and allows for double damage when hitting a foes back as well as mask charge (Mana) for moving, Pavisierre: has the largest Focus arc and gives you basic attack a large arc as to hit multiple foes at once as well as damage you take giving mask charge and finally Dirge: Medium focus arc and ranged auto attack and mask charge while standing in place. Over all the combat has enough depth mechanically and with a large range of foes and locations I’m looking forward to more. 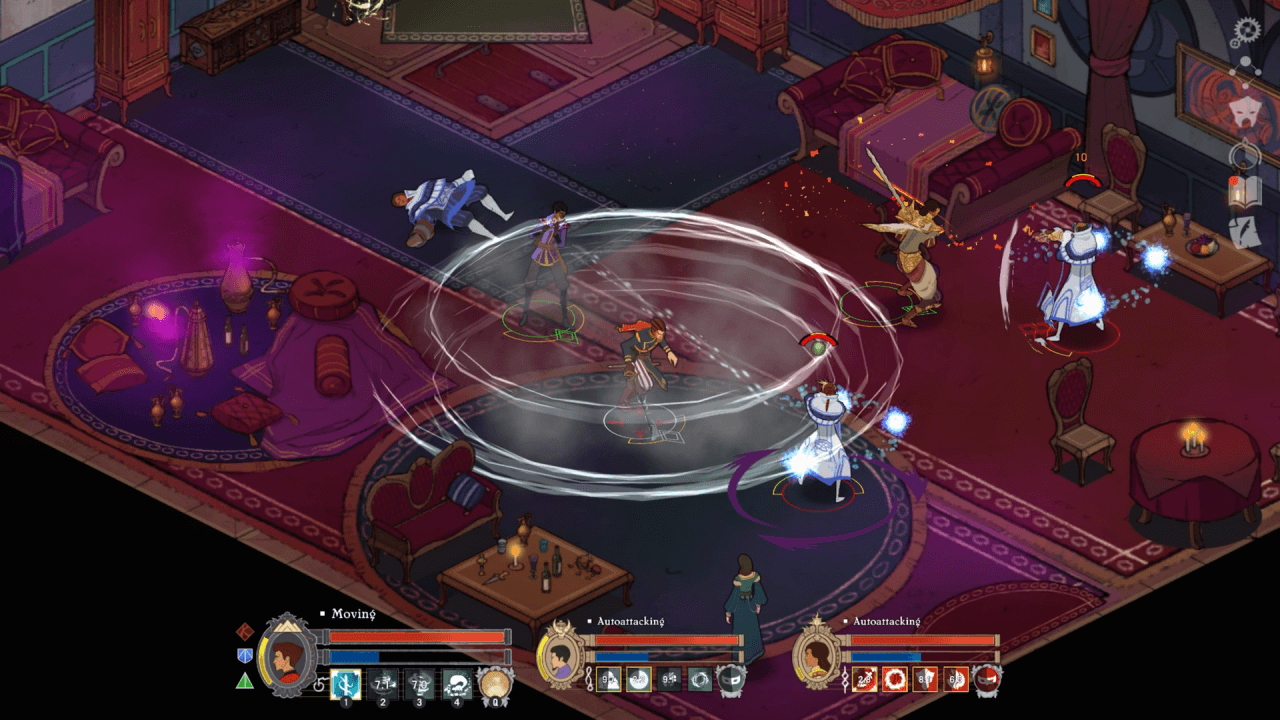 Focus arcs in yellow around the feet of both friend and foe. But do mind the furniture some tables and chairs have larger than art hitboxes. And some underfoot rubble can not be underfoot.

Keeping myself ignorant of the story a few of the themes caught me off guard like the prostitution of single mothers followed the attempted murder of babies mid boss fight, And while not themes Ill be looking out for in future titles they had a place here in the darker part of the world and lore, just because its a fantasy world doesn’t mean every alleyway and backstreet is fantastic. Crime, corruption and politics play large roles in the story and the cast of characters seem to find these things as distasteful as you or I would. The characters you play as and meet and even some of the characters your out to kill are wonderfully voice acted and the writing a pleasure ,while most story heavy games have characters with cliché problems and cliché solutions the issue’s and conversations our characters have didn’t feel that way at all the only cliché was the fact none of the main cast are “just fine” , they all have rather socially complex problem(s) and all become better friends via solutions but this is completely forgivable due to the quality of the interactions between characters and the fact that if everyone was just fine we would not have a story to experience or rebels to stab.

A PlayStation 4 Review Code was provided by Ysbryd Games

Summary Once the story was flowing and the battles became frequent I had trouble putting my controller down, A highlight of my gaming this year. Buy it, Play it. 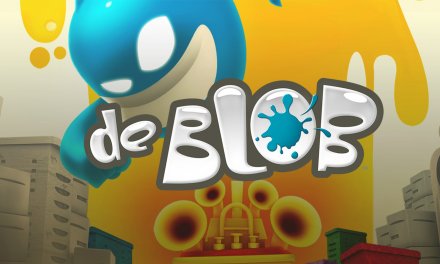 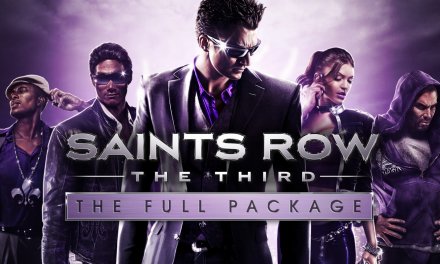 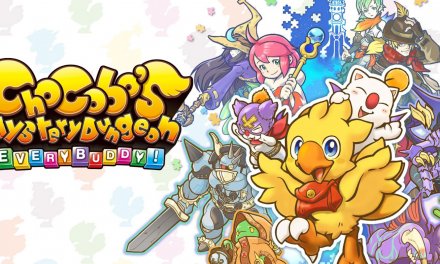 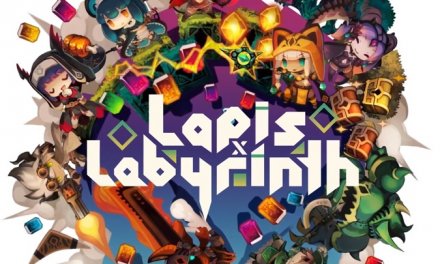