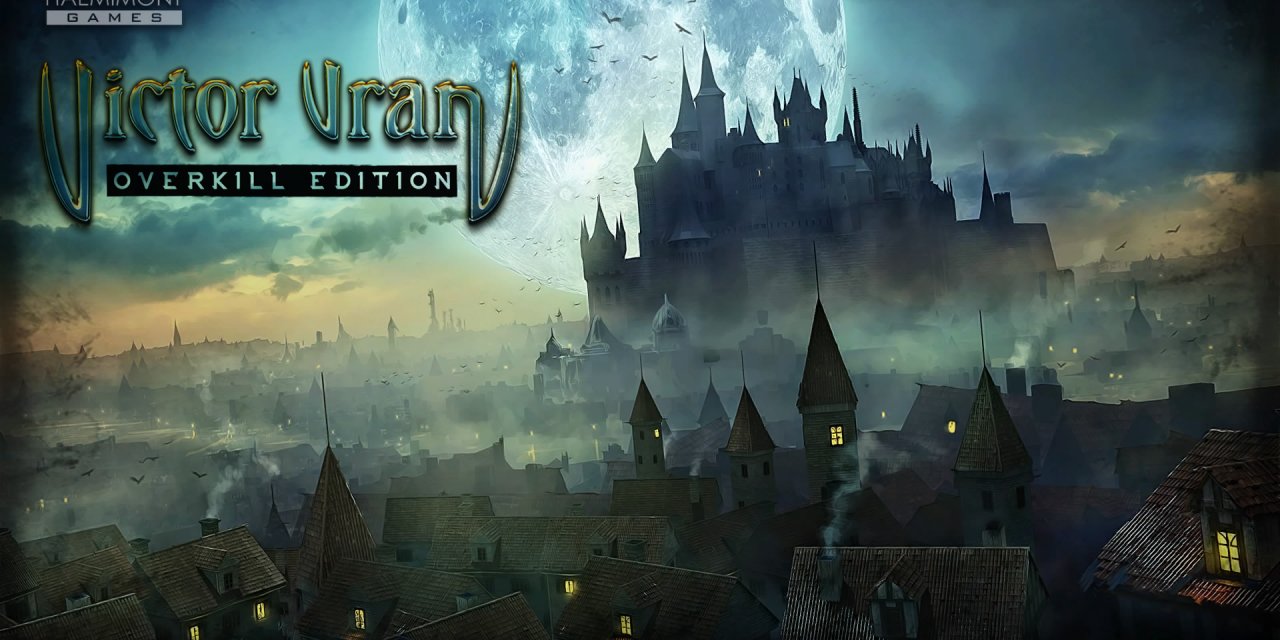 RPG’s are something of a call-back to my childhood; I can fondly recall staring bug-eyed at the television screen as my old man played Blood Omen: Legacy of Kain for the first time on the PlayStation, along with the sense of amazement that came with it. For a time, isometric RPG’s were almost exclusively PC-based, with the likes of Baldur’s Gate and Diablo being the gold standard of RPG’s in the late 90’s. Many gamers (on both PC and console) hold the memories of the golden age of RPG’s very dearly, with both the top-down and isometric viewpoints being staples of both the past and future of role-playing games, offering an unparalleled sense of nostalgia if executed correctly. Thankful in no small part to the likes of Diablo 3, isometric RPG’s are currently going through something of a renaissance period, with more and more developers moving towards this particular gameplay style in an attempt to create something fresh within the medium, with obvious inspirations from the past.

Victor Vran is one such title; an isometric RPG created by Bulgarian developer Haemimont Games, which was initially released on PC back in July 2015. The game was re-released for consoles yesterday as the Overkill Edition, that features the base game alongside its two expansion packs: Mötorhead: Through the Ages and Fractured Worlds. The main game places you in the shoes of titular character Victor Vran, who is a troubled demon hunter that becomes embroiled in an ongoing power struggle between humanity and the demon world, taking place within a war-torn city called Zagoravia. The game takes elements from many works of fiction, with the most prolific being the main character, who was obviously heavily inspired by the likes of Abraham Van Helsing from Bram Stoker’s Dracula. Another point of interest is the choice of voice actor, with Victor being portrayed by none other than Geralt of Rivia himself: Doug Cockle; unfortunately, however, his performance as Victor Vran feels flat and monotone, and pales in comparison to his work in the Witcher series. 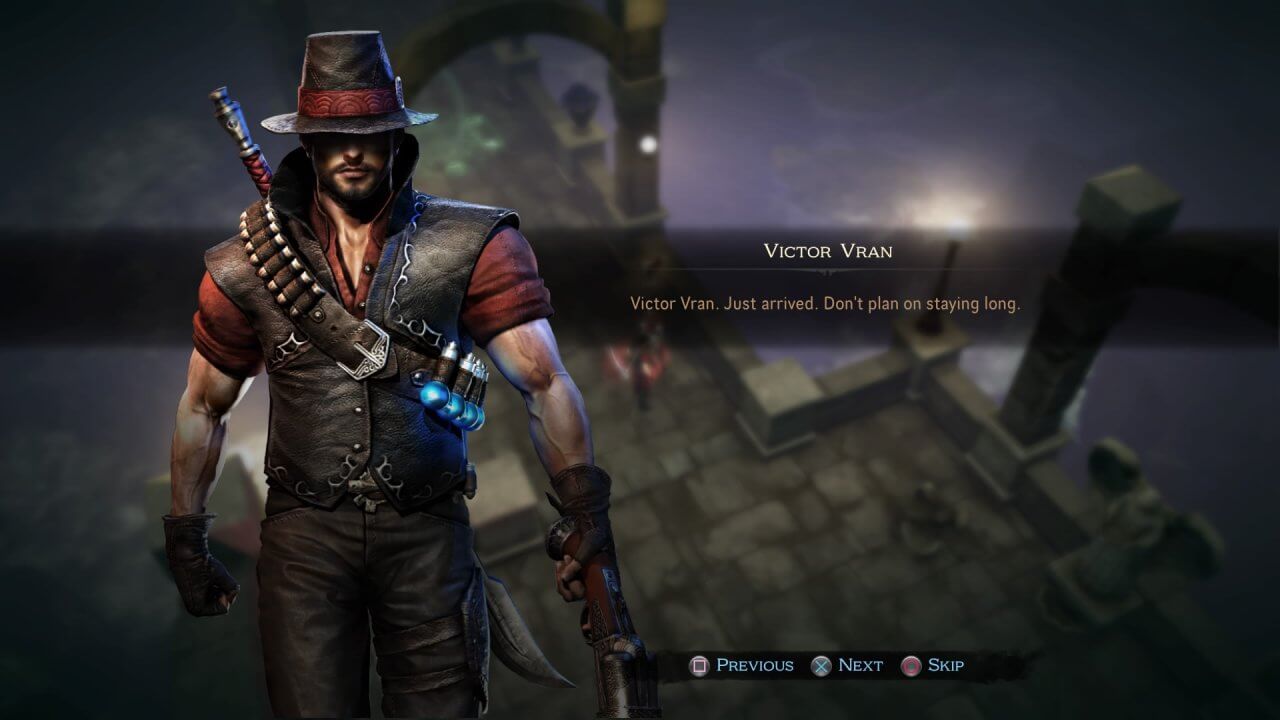 Victor Vran: Geralt of Rivia in everything but name and a silly hat.

Victor Vran’s narrative, unfortunately, isn’t anything to write home about, with it being your typical story of good vs. evil, complete with its own mind-numbingly dull protagonist. Clearly based on towns from 19th Century Europe, Zagoravia is your atypical steampunk setting that makes for a pretty backdrop for an otherwise dull story. Victor’s main motivation during the 10-hour long main campaign is the location of fellow hunter and best friend Adrian but soon finds himself getting dragged into the conflict in spectacular fashion. Throughout the campaign, Victor is tormented and taunted at every turn by an entity known as ‘the voice’; thankfully, the Voice turns out to be one of the more entertaining characters within the entire game, with his overly jolly but dark humour being genuinely funny, with no end to the amount of perfectly timed pop culture references that pop up throughout the game (such as the brilliant spin on ‘Brave Sir Robin’ that popped up as I was running away from a horde of enemies). The expansion packs offer different ‘worlds’ that act as standalone stories set aside from the main campaign, and although I only managed to play through the Zagoravia ‘world’ (I couldn’t bring myself to face the cringiness of the Mötorhead one) they seemed to offer more challenges for the seasoned player, offering even more solid playtime for those who are already heavily invested within the game. The developers clearly went in to tell a simple story that was both dark and full of humour at the same time, but unfortunately created a narrative that becomes largely forgettable when compared to other aspects of the game.

One such overshadowing aspect is the game’s combat system, which (to the developer’s credit) is extremely fun. The game presents Victor with an array of weapons, everything from a rapier to a sawn-off shotgun, each with their own sets of abilities and passive benefits. The game is best described as a dungeon crawling RPG and offers all of the same features one would expect in a game such as this, with numerous challenges and hidden secrets that would keep one entertained for hours after the main story. When you’re not mowing down the demon hordes with an arsenal that could rival some small countries, you’re constantly on the lookout for bigger and better loot; I would constantly find myself switching out gear for something better on a regular basis (that is until I found myself an OP Scythe with health regen on every hit). Finding better loot is something that is oddly satisfying within games such as this, with the drops rates being completely governed by the game’s RNG, which in my experience was rather generous compared to other games of a similar nature (curse you Master Rahool!). Unlike most role-playing games, Victor is classless. Your weapons and choice of armour dictate your combat style, while simultaneously allowing you to create many different specialised builds that prompt multiple playthroughs. I built myself around high critical chance and damage, as well as armour that charges the overdrive meter based on damage given rather than damage received, resulting in a quick, DPS focused build. The overdrive abilities themselves are something that also varies greatly, with stronger enemies also possessing the same abilities putting both the player and the AI on a level playing field. 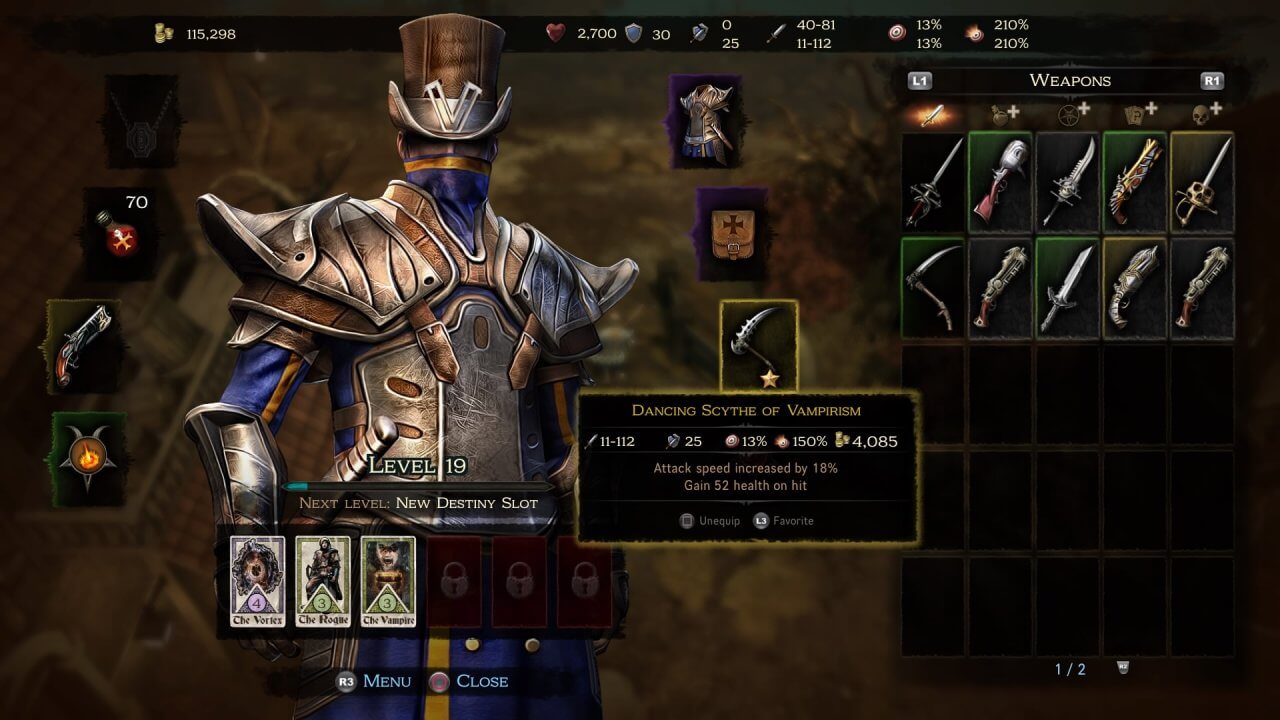 Overall Victor Vran was a solid experience, offering all of the best aspects of a modern dungeon crawling RPG with the charm and finesse of already established titles such as Diablo 3. The main campaign only took me around 10 hours to complete, but with a number of independent dungeons and over 200 challenges in the base game alone (not to mention the two expansion packs) there is enough here to easily keep you occupied for 30+ hours and is well worth the £29.99 asking price. 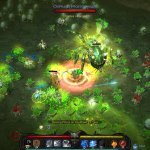 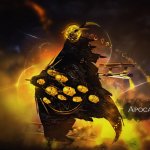 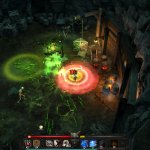 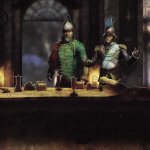 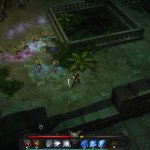 When danger reared its ugly head, he bravely turned his tail and fled...

Summary Undoubtedly one of the more quirkier games to be released during Q2; Victor Vran: Overkill Edition is definitely worth playing if you're a fan of isometric RPG's (à la Diablo 3) and while it doesn't win any awards for originality in the narrative department, the stellar gameplay and brutally fun combat system more than make up for it's boring and forgettable story. 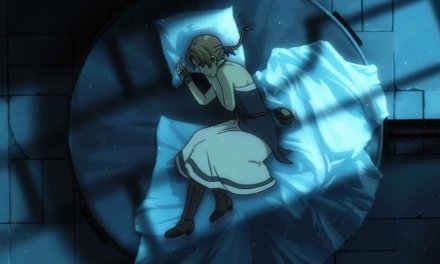 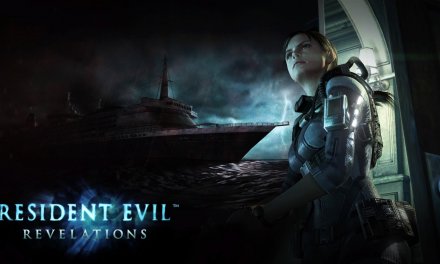 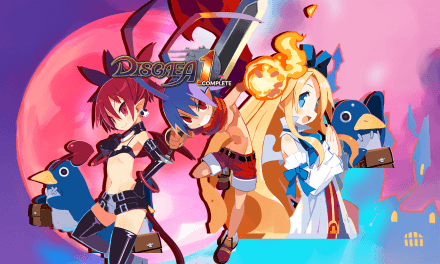 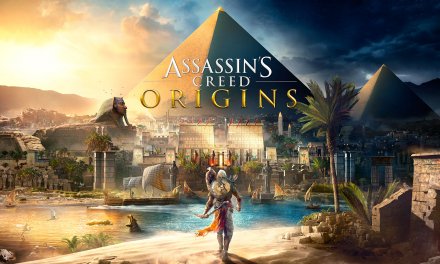