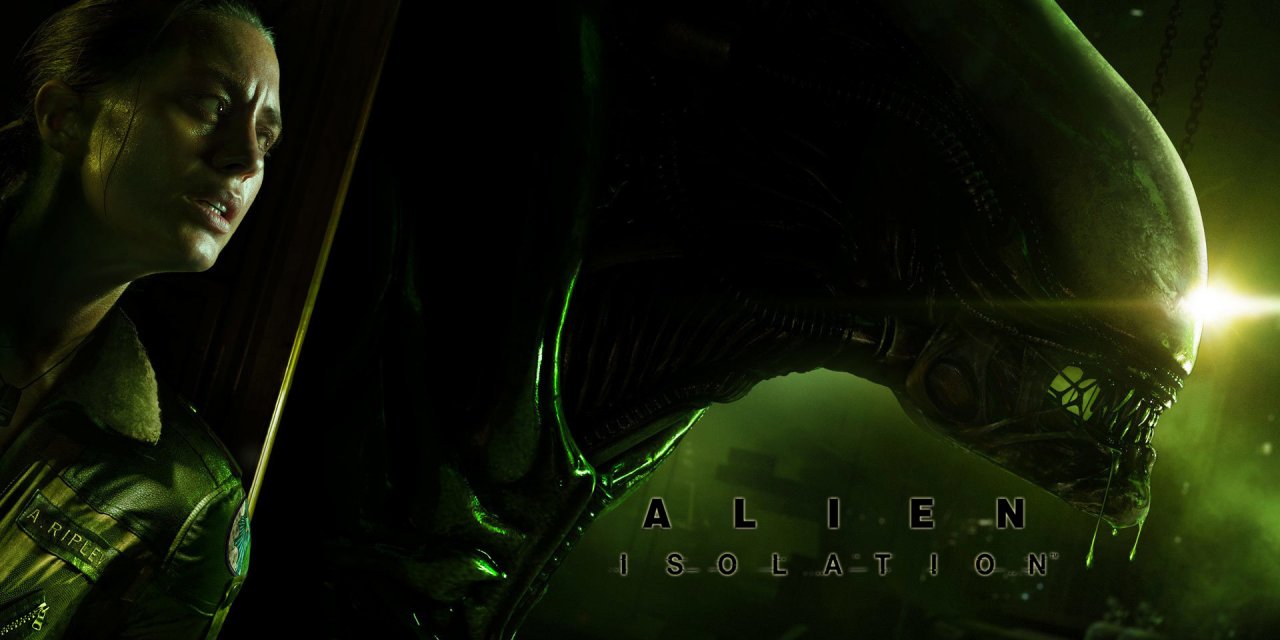 In space, no one can hear your controller hit the ceiling…

Released in 2014, Alien: Isolation was an unexpected surprise for the horror genre in gaming, especially after the bad taste left in people’s mouths after Colonial Marines. Now two years on, and having recently played through all of the content on offer, I’ll be sharing my thoughts on the complete package; going over the positives and negatives as well as the potential future of the franchise.

Good horror is something of a rarity these days; with the market currently being saturated with the same old found footage and zombie flicks, it can be quite hard to find a movie that will genuinely scare the living shit out of you. Upon its release in 1979, Ridley Scott’s Alien was widely regarded as one of the scariest movies ever made, offering unprecedented levels of suspense and terror with the reveal of what would become one of Hollywood’s most famous movie monsters: The Xenomorph. Sadly with all of watered down, half-baked releases since Alien 3 (don’t get me started on Alien vs. Predator) the Xenomorph is no longer the icon of fear that it once was; nowadays being seen more as a predictable attendant opposed to the brutal, calculating organism of the original movie.

Being a purely interactive medium, video games present horror in a different format, putting the viewer at the forefront of the tension and atmosphere, far from anything that a movie is capable of. This is exactly where Creative Assembly’s 2014 Alien: Isolation succeeds in spectacular fashion, taking the concept of the first movie and presenting it within an interactive environment, showcasing the Xenomorph once again as a creature to be feared, as well as finally doing HR Giger’s original creature design justice. Set in 2137, the story takes place 15 years after the events of Alien, where Ellen Ripley’s daughter Amanda (working as an engineer for Weyland-Yutani) receives word that the flight recorder of the Nostromo has been recovered and transported to a trading station called Sevastopol; unfortunately for Amanda, this isn’t the only thing that’s found its way on board. Soon after boarding Sevastopol, Amanda discovers that something isn’t quite right with the station; what follows is a white-knuckle, desperate bid for survival against an unstoppable foe.

Creative Assembly did a perfect job in re-creating the aesthetic of 70’s era lo-fi sci-fi in Alien: Isolation.

The character of Amanda Ripley was first mentioned in the special edition of Aliens in a previously deleted scene; the scene depicts Ellen Ripley (Sigourney Weaver) asking Carter Burke (Paul Reiser) as to the whereabouts of her daughter. It’s soon revealed that during the 57 years that Ripley spent in stasis between Alien and Aliens that Amanda had passed away at the age of 66 from cancer; the character was only briefly mentioned again during a conversation between Ripley and Newt. Creative Assembly used this opportunity to explore the back story of Amanda, aiming to capture the original lo-fi sci-fi aesthetic of the first movie, but with a sense of purpose; who would be interested in the fate of the Nostromo and its crew more than the daughter of the main protagonist?

The narrative can initially be described as a slow burner, with the opening hours of the game being very reminiscent of the first movie; allowing the tension to build up to a point where it becomes increasingly unsettling and unbearable. When the Xenomorph eventually presents itself, it does so without mercy, offering little time to adjust to the change of pace, throwing you directly in at the deep end. What follows is the typical Alien plot (for there really is only one) and while it doesn’t exactly break new ground within the franchise, it’s entertaining enough to draw you in from beginning to end, with excellent pacing and a number of unnerving revelations held back for the later stages of the game. One thing that sets Alien: Isolation apart from other horror titles is the attention to detail that has gone into recreating the aesthetic of the original film. With three terabytes worth of original production material, the research that has gone in to bring back the lo-fi sci-fi aesthetic of 1970’s science fiction is unmatched, indicating that the game was a labour of love, and a testament to the ability of the creative minds over at Creative Assembly.

The Flamethrower: One of the only lines of defence between Ripley and the Xenomorph.

Gameplay is where Alien: Isolation truly shines, presenting itself as stealth focused, survival horror; placing itself somewhere between Amnesia: The Dark Descent and Resident Evil 7. The game’s survival mechanics come into play when Ripley is up against the Xenomorph, using the environment to navigate and hide, while simultaneously using the motion tracker to follow the creature’s movements. In the earlier stages of the game your means of defence are exceedingly limited, thankfully however this is somewhat mitigated by the game’s crafting system, which allows you to craft a number of tools that will make your life that little bit easier while navigating Sevastopol; additionally the Xenomorph’s fear of fire returns from the movies, with Molotov cocktails and the flamethrower (when you eventually pick one up)  being your best and only line of defence should the creature spot you.

The strongest selling point of the gameplay by far is the intelligence and unpredictability of the Alien’s AI, which mimics the lethality and brutal nature of the creature’s infamous reputation perfectly. From the point of initial contact, it’s fair game across the whole of Sevastopol station; at any moment the Alien can drop down and ruin your day (multiple times) over the course the 15 hour campaign, which is a very effective (albeit terrifying) means of keeping you on your toes. While the Alien stalks you along the dark corridors of Sevastopol, other survivors as well as rogue androids pose a threat as well. If engaged, the sound of combat will draw the Xenomorph to your location, in which it will attack indiscriminately with reckless abandon. The brilliant representation of the Xenomorph is what makes Alien: Isolation genuinely terrifying; with unscripted jump scares working in tandem with unpredictable (but intelligent) AI, Creative Assembly have succeeded in re-creating the Xenomorph into a creature that is quite literally the stuff of nightmares.

The Xenomorph isn’t the only danger on board Sevastopol…

Alongside the stellar main campaign are two brilliant DLC chapters called ‘Crew Expendable’ and ‘Last Survivor’  that re-create scenes from the original film. Sigourney Weaver (Ripley), Veronica Cartwright (Lambert), Tom Skerritt (Dallas), Harry Dean Stanton (Brett) and Yaphet Kotto (Parker) all came back to reprise their original roles from the 1979 horror classic, which adds an additional layer of fan service, making Alien: Isolation that much sweeter. ‘Crew Expendable’ follows directly after the death of Brett, where the rest of the Nostromo crew attempt to flush the Xenomorph from the air vents and out of the ship’s airlock; ‘Last Survivor’ follows Ripley rushing to the aid of Lambert and Parker only to discover their demise (as well as finally confirming long held fan-theories about how the Xenomorph actually killed Lambert) and then set off the Nostromo’s self-destruct sequence while finally escaping on the Narcissus. The chapters are billed as ‘what-if’ scenarios; expanding upon, rather than replacing the scenes from the film.

Alongside the DLC chapters is an optional mode called ‘Survivor Mode’ which includes numerous maps and objective based challenges alongside competitive leaderboards. The maps are based alongside the story from the main game, following off screen characters such as Doctor Lingard and Seegson Exec. Randsome as they battle for survival against the Xenomorph. While the ‘Survivor Mode’ certainly doesn’t feel tacked on, it does feel out of place slightly; with the DLC chapters being the stronger contenders for your money. It was genuinely refreshing to see how Creative Assembly brought back the original cast to celebrate the release of the game, and is a blessing compared to the shite that Gearbox Software’s very own clueless eejit Randy Pitchford tried to pull with Aliens: Colonial Marines.

Nostalgia at it’s finest: Sigourney Weaver reprised her role as Ellen Ripley for the first time in 17 years.

It’s pretty safe to say that Alien: Isolation has certainly made an impression on a great number of people, and has redeemed the Alien franchise after the train wreck that was Aliens: Colonial Marines. Unfortunately, even after winning 40+ awards at E3 2014 and being praised by horror fans and critics alike, SEGA determined that the 2.1 Million in sales over the year following the game’s release were “weak” and will not be pursuing a second instalment in Amanda Ripley’s story. 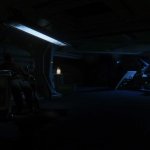 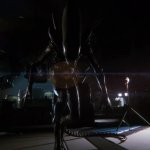 "This is Ripley, last survivor of the Nostromo, signing off."

Summary It may be all she wrote for video games set within the Alien universe, but as it stands Alien: Isolation is one hell of a horror game; with calculatingly brutal AI and environments dripping with atmosphere, Alien: Isolation is a must play for any true horror fans out there. Regularly on sale for less than £10; if you're a fan of the franchise you owe it to yourself to pick this one up, especially considering that it may be the last of its kind... 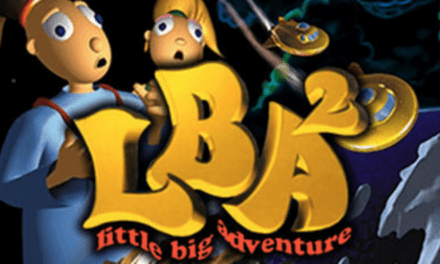 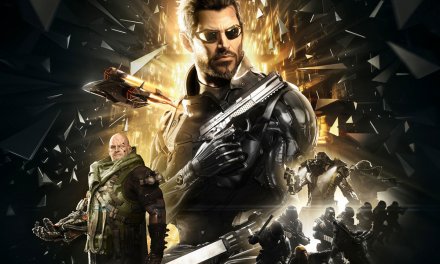 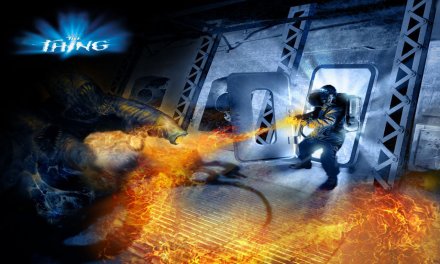 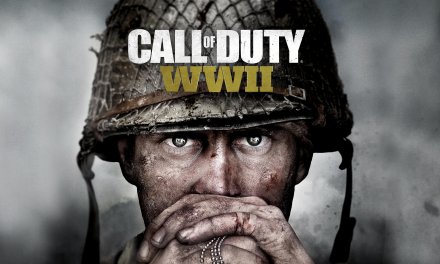