Utawarerumono Mask of Truth is a game that starts off slow; slower than many other JRPG’s I have played; if you stick with it depends on a few factors; do you enjoy visual story aswell as plenty of visual progression story and do you enjoy tactical role-playing elements? If you do then you may enjoy what is to come. 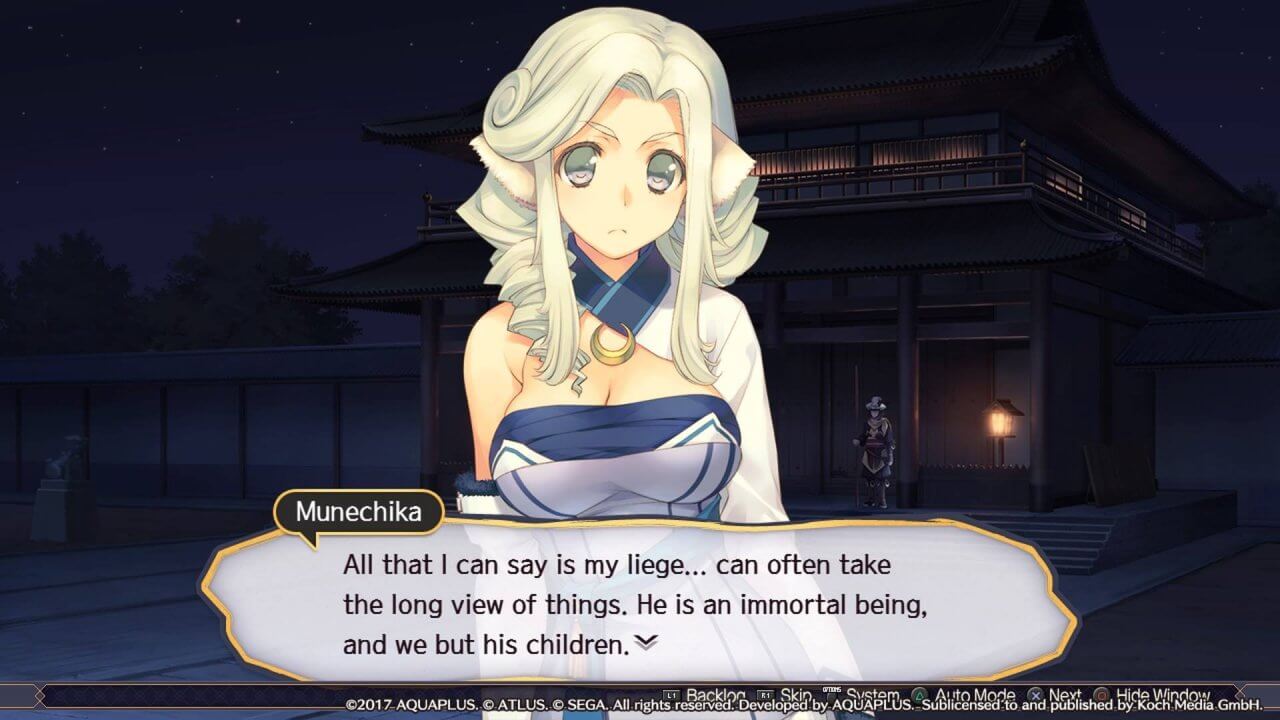 I can’t delve too much into the story too much as I never understood it from the beginning as it covers a lot to do with what happened in previous games. A girl named Kuon wakes up with Amnesia after having collapsed which happens in the previous entry known as Mask of Deception; the game starts out with an at least a 1 hour lengthy cut-scene which tells of a war which is about to happen. You finally start to see some game play after you take control of Kuon running through a field of grass surrounded by hostile monkeys.

The battles themselves are right up my street; they of a tactical nature. You move on a field on a grid like pattern in which you can attack the enemy adjacent to you and move once per turn; you can set up battle formations before battle and experience is gained during these encounters; once finished the game resumes and more of the story is told. Battles are fun and require you to hit buttons at precise moments during combos to unleash a critical hit. Combos are learned as characters level up and require Zeal which allows you to pull off the bigger combos. A full Zeal bar allows you to get a free turn also. While characters don’t get a massive arsenal of moves, characters are much easier to learn and battles never feel mundane or boring; character combo moves are another feature which combats this also and certain characters can even perform special attacks together depending on the characters. There is also a bonding between characters which can be strengthened by yourself and this will also come into play when performing combo attacks during battles. 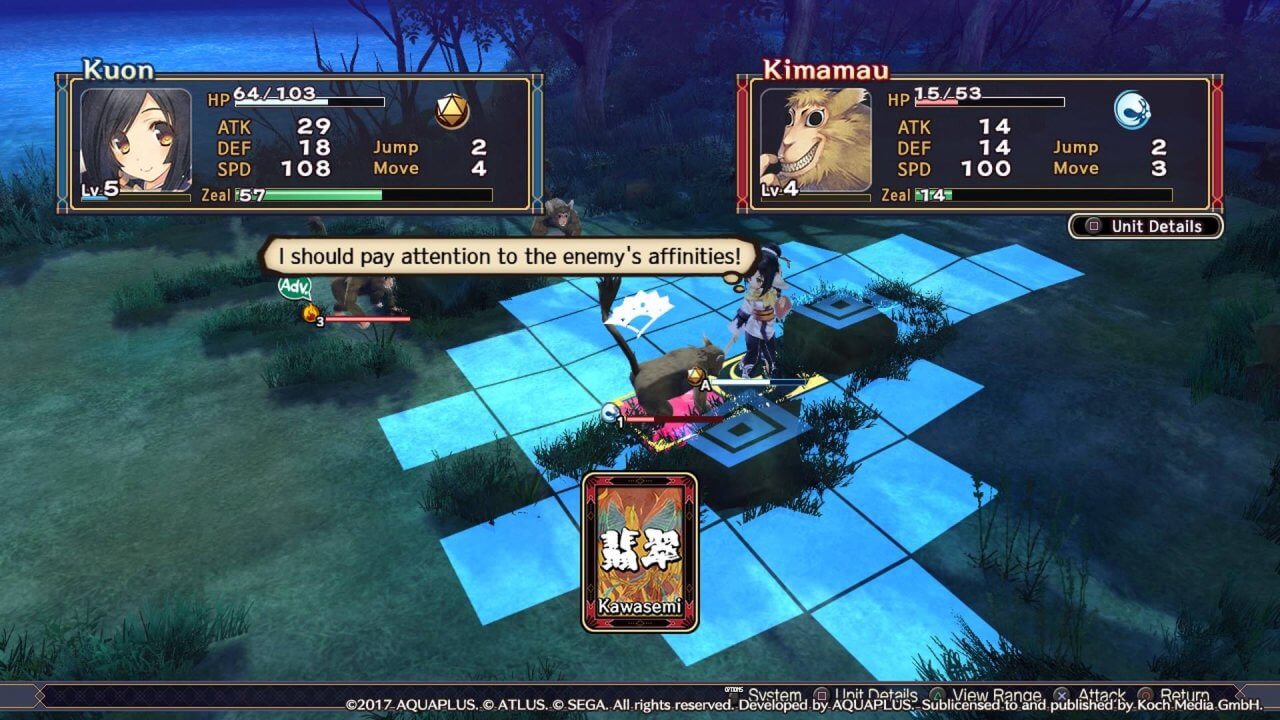 Progressing through the story after battles doesn’t usually mean progression as you can always go back and grind through certain battles; there is also an arena style battle where you can pit your own characters off against each other which is a well worthy and fun addition to the game.

The way in which the visual is told is great although anyone new and not in for the long story may want to skip; there is an automatic feature so you can kick back and watch all the story as it happens; certain other features are also included in battle such as being able to turn off animations. This is a nice feature if you just want to progress through the story but for me I enjoy the battles more and since they are so few sometimes I like to keep the battles going for as long as I can. 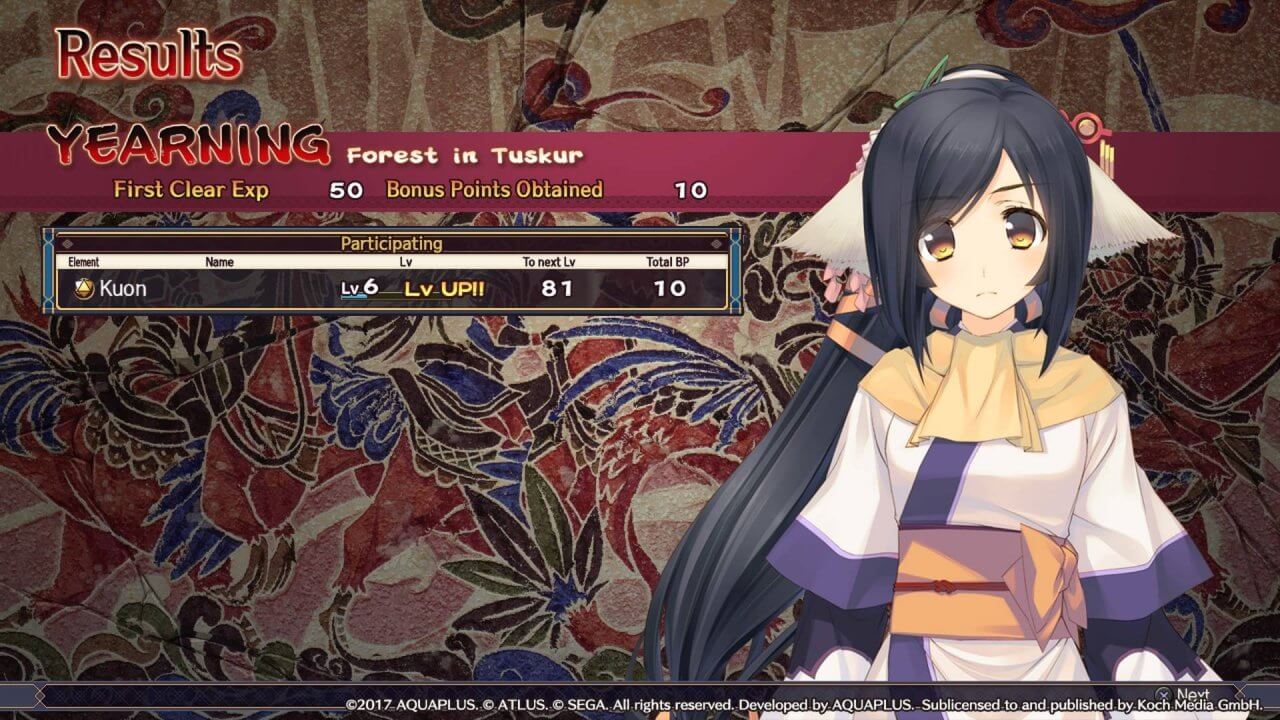 The overall art style is something that is very appealing to me down to the menu screens and character designs. The music and sounds are great although I would of liked an English voice over although I understand that the game is primarily a JRPG with a niche western market. It’s a shame thatÂ Utawarerumono Mask of Truth is strictly for PS4 and not the Vita as Mask of Deception had the privilege of being on and primarily being the console of choice when it comes to such games.

A PlayStation 4 Review code was provided by Atlus

Summary Utawarerumono Mask of Truth is great; if you feel yourself wanting to play this you may want to consider going back and playing it's prequels first. It is a treat for the fans who have waited for it but it may be off-putting for players who are new as the first few hours will seem boring. The game will easily set you back 80 hours so being self aware of it's length and story driving visuals is a must to stay invested. 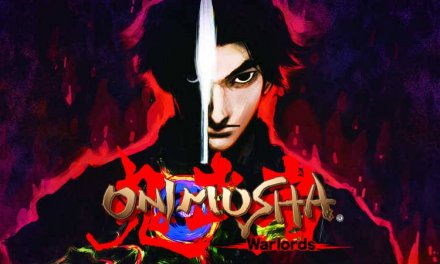 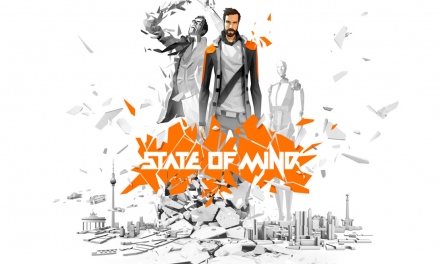