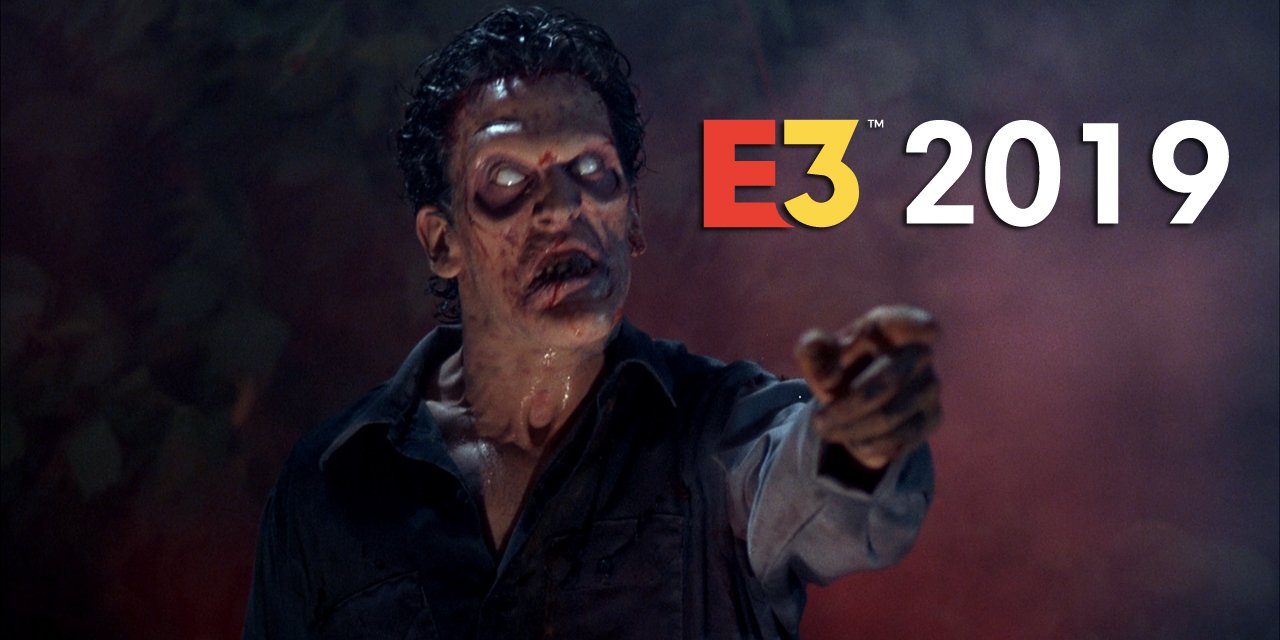 “We are the things that were and shall be again…”

Another year, another E3 conference looming, and with it, Gaming’s calendar year begins anew with trailers, gameplay footage and first-time reveals for all of the biggest titles and hardware coming our way in 2019 and beyond. Running on the ground through June 11th – 13th, E3 ‘unofficially’ began yesterday with the first of many pre-show conferences, beginning with EA’s block of live streams, with Microsoft taking centre stage tonight at 21:00 BST, with many of the big-hitters following suit over the coming days. While most of the horror games from E3 2018 turned out to be some of 2019’s solid hitters, this year’s conference has the foundation to showcase some of the best and most terrifying that the genre has to offer. In the usual annual fashion (complete with The Evil Dead gimmick) I’ll be giving my predictions and anticipations for horror at this year’s E3 show, covering what we’re likely (and unlikely) to see come creeping up the stairs from the fruit cellar (yes, I’m a bit obsessed).

To Sony shooting down any hope of us seeing anything for The Last of Us: Part II by not attending, to the ‘godfather of survival horror’ himself: Shinji Mikami making a ‘rumoured’ guest appearance during the Bethesda’s conference on Monday; E3 2019 has been a mixed bag of emotions for myself thus far in terms of horror. The lack of anything The Last of Us: Part II is something that’s a bit of a crowd-splitter, with their absence at E3 2019 being a solid indicator that we won’t be getting any more gameplay footage or news anytime soon, but confirming (at the very least) that developer: Naughty Dog is hard at work on the highly anticipated sequel. Mikami’s appearance on the other hand is widely thought to be all about promoting the third entry into Tango Gamework’s The Evil Within franchise, and would coincide with the rumours off the back of a cryptic tweet that he’s finished wrapping up rehearsals for a presentation. The possibility of a completely new horror IP from Mikami isn’t totally off the cards though, and would one of the more interesting developments this year given the man’s substantial history within the genre. Regardless of the initial speculation however, I’m going to be giving a rundown of what I hope to see horror-wise over the course of E3 2019; everything from the confirmed AAA titles, to the lesser known indies.

While it hasn’t been officially confirmed as of yet, there have been enough leaks to pretty much confirm that the remake for Resident Evil 3: Nemesis is in the works, following on from the critical and commercial success that was the stellar remake for Resident Evil 2 that launched earlier this year (I gave the game a 98%, read my full review here). The remake for Resident Evil 2 was officially unveiled during last year’s PlayStation Showcase, and with Sony not being present at this year’s show, it makes it difficult for the Resident Evil 3 remake to be revealed in a similar fashion. Nonetheless, I can’t see Capcom wasting the opportunity to not give us something on the upcoming remake, even something in the form of a teaser trailer to officially confirm the game’s production; GIVE US SOMETHING CAPCOM, PLEASE.

While not horror in the traditional sense, the Doom series has many mainline staples of the genre such as bucket-loads of gore, demonic possession and Earth being invaded by hell to make it comfortably sit in a chair made by Clive Barker. Featuring a pulse-pounding heavy metal soundtrack and fluid, old-school FPS gameplay faster than Usain Bolt after a 48-hour Amphetamine binge, Doom (2016) was a return to form for the series, something that Doom Eternal will no doubt double down on. Doom Eternal is due to headline Bethesda’s E3 show this year, with ID software no doubt showing off some new gameplay and possibly a solid release date. Bethesda’s conference is pencilled in for 1:30 am BST on Monday, definitely worth watching and going into work sleep deprived for (if you’re not already across the pond that is).

I will always hate Konami for what they did to the Metal Gear franchise, but the final nail in the coffin was when they cancelled Silent Hills back in April 2015, which was unforgivable. Many felt the same way, with numerous spin-offs gaining momentum to develop a title using the same structure and design; however, none are quite as prolific (or terrifying) as SadSquare Studio’s Visage. The game takes place in the 1980’s, in a large, old house that has had multiple previous occupants, some of which were met with a brutal end. The first chapter of the game is available on Steam Early Access, and it doesn’t disappoint when it comes to a pure, unadulterated scare factor (I legitimately haven’t been scared while playing a video game in a long time). While it’s unlikely that SadSquare Studio are at E3 this year, it would be great if we could get some news in regards to the game’s completion, as well as it’s eventual console release.

After last year’s somewhat mediocre Call of Cthulhu (check out my full review here) it would be understandable if people were wary of dipping their feet back into the mythos of H.P. Lovecraft related media. However, Ukrainian developer: Frogwares is attempting to double down on the detective aspect usually seen in Cthulhu related stories, by ensuring that the gameplay in The Sinking City doesn’t hold your hand in any way, shape or form. With no clear instruction as to where the next lead will take you and with no quest markers, it’s down to the player to guide detective: Charles W. Reed through the spooky and mysterious town of Oakmont, Massachusetts, of which all its residents look like they’ve been thoroughly enjoying seafood a little too much as of late (The Great Dreamer works in mysterious ways). Dripping with Lovecraftian tones throughout, The Sinking City is poised to be a heavy hitter on the horror circuit when it releases on the 27th of this month; just keep an eye out for a mass of black tentacles appearing out of nowhere…

This is one I wanted to add to the list purely to pose one question: ‘FOX, do you have any clue what the f*ck you’re doing?’ When the news began to circulate that there was a new Alien game in production in early 2018, I was 99.98% sure that it was gonna be a sequel to 2014’s excellent Alien: Isolation, once again with Creative Assembly at the helm; I was wrong. While the game that was released could be seen by some as a sequel, Alien: Blackout turned out to be nothing more than a cookie-cutter Five Nights at Freddy’s clone for smartphones, following the history of the franchise under SEGA for releasing complete trash (don’t get me started on Aliens: Colonial Marines). To add further insult to injury, it was announced that the next entry in the series would be an MMO shooter (akin to Destiny as a point of reference) developed by Cold Iron Studios. While there isn’t much information on the project yet (and it’s unlikely we’ll hear anything about it at E3 this year) the whole idea just sounds downright terrible, and is a slap in the face to the astounding legacy left by Alien Isolation.

While Techland’s Dead Island was a respectful attempt at making a survival horror open-world title, it ultimately proved far too large in scope and was received pretty poorly upon release by critics and fans alike. They learned from their shortfalls however, as Dying Light was a culmination of everything Techland had learned and then some, featuring some of the most terrifying enemies I’ve ever sprinted away from in a video game (that Volatile scream still shits me up). Dying Light 2 seems to be structurally similar to its predecessor thus far, with more of an emphasis on player choice opting for a more dynamic open-world this time around. While we’re yet to really see anything of the Volatiles as of yet, it’s guaranteed we’ll see something at this year’s show as Techland have previously confirmed they’re at E3 2019 promoting the game; just be ready to shit yourself while sprinting away at a moment’s notice.

Of all the games I saw at EGX 2018, The Dark Pictures Anthology: Man of Medan was by far one of my favourites. Being a spiritual successor to the excellent 80’s slasher homage: Until Dawn, Man of Medan is the beginning of The Dark Pictures Anthology; a series of independent horror titles that promise to be ‘intense, cinematic, big-branching horror narratives’ each exploring a different sub-genre of horror. Man of Medan follows a group of five friends as they go on a diving trip in the South Pacific, in search of a rumoured WW2 wreck right as an unbreakable storm sets in, only to learn that something terrifying is waiting for them on-board. The demo I played at EGX 2018 played very similar to Until Dawn, and if done correctly The Dark Pictures Anthology could usher in a new golden age of horror video games. Slated for a 30th August 2019 release date, it’s a safe bet that we’ll see or hear something from this year’s show over the next few days promoting the game.

Of all the game announcements from the last couple of years, none have surprised me more than the reveal of the sequel to Troika Games’ 2004 cult-classic RPG: Vampire The Masquerade: Bloodlines. Vampire The Masquerade: Bloodlines 2 aims to build on the foundations of its predecessor, showcasing five playable clans at launch in the city of Seattle (no Gangrel confirmed thus far) while featuring the same political/moral choice systems found in the original, as vampire society has found itself fragmented with no sign of the Camarilla in sight. Slated for a March 2020 release, it wouldn’t be a stretch to see something this year about Vampire The Masquerade: Bloodlines 2 or the action RPG spin-off: Werewolf: The Apocalypse – Earthblood from Cyanide Studio, both of which are set within the same universe (World of Darkness).

Stay tuned to Game Hype soon for my next In Memoriam article, where I will be covering the original 2004 cult classic, as well as the direction that Paradox is taking its sequel.

That just about covers what I’m hoping to hear about in terms of horror at this year’s E3; whilst some of the titles on this list won’t be appearing at all, the overall hype for the festival alone is enough for a lot of publishers and developers to reveal news about their upcoming projects, whether they’re at the festival or not.

The Microsoft conference begins in less than an hour, bringing E3 2019 into full swing; let us know your thoughts in the comments below. 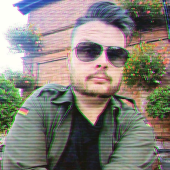 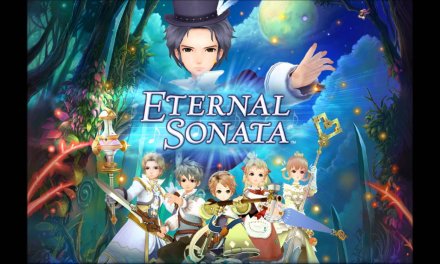 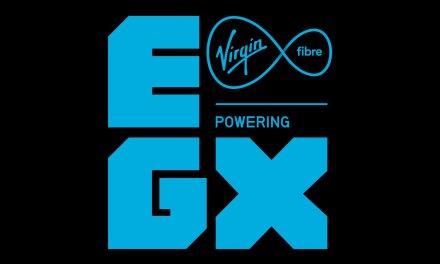 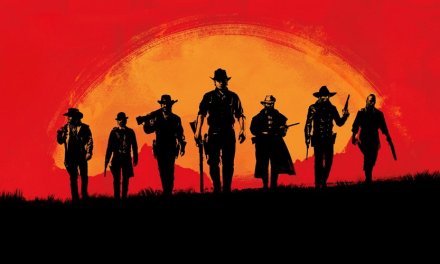 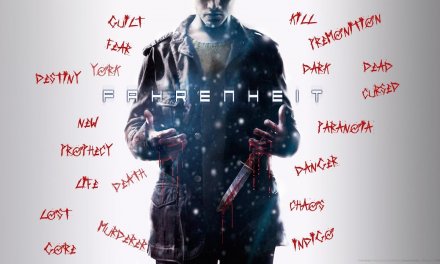