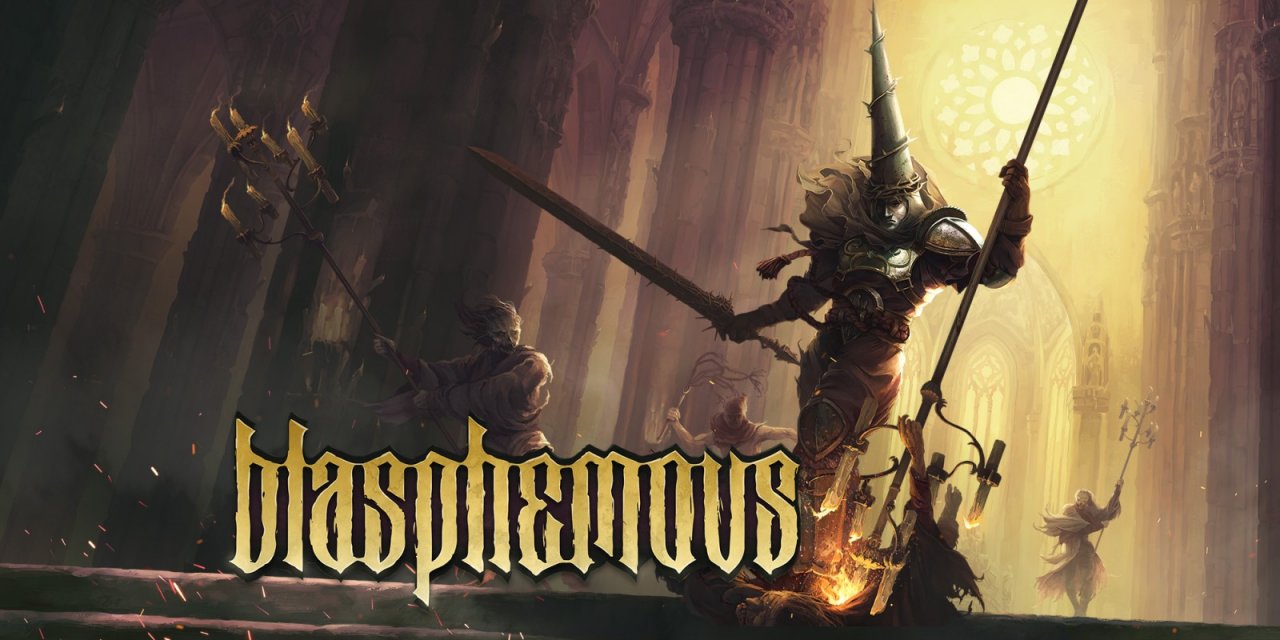 Over 10 years ago FromSoftware released the first of what would be a hit series of ‘Souls’ games. Demons souls was enveloped in a twisted medieval fantasy world, that required exploration but also trepidation, as it was not wise to run head first into combat as you simply couldn’t hack and slash your way through like some other games of the time. Dark Souls would follow and cement the series as a major staple in the gaming world, but it also proved that there is a genuine demand for challenging games that rewards patience and skill. Many games would borrow this formula to some degree over the years. Lords of the Fallen, Nioh and even God of War 2018 to an extent had the same exploratory nature, and had the same skill based combat that Dark Souls was known for. But in 2017 another ‘souls’ like game was announced on Kickstarter, but this was different, this was a side scrolling take in a 2d world, and I was intrigued. Dark Souls had shown us there was interest in bloody medieval fantasy world, while games such as Hollow Knight invigorated interest in the Metroidvania style of game. Blasphemous combined all these into what looked to be a winning formula, and after a long wait the game is finally here, and I am slightly torn on what to think.

Blasphemous is set in the land of Cvstodia, a unsettling place wheres it’s inhabitants have fallen under a curse and it’s up to your character, know as “The Penitent One”, to cleanse the land of evil. The story has next to no context and is pretty difficult to follow at times, but it’s not required to enjoy the game. The games emphasis is one it’s artistic style, atmosphere and gameplay mechanics. So let’s start with those.

Blasphemous key strength is it’s abundance of heretic imagery and its dark serene setting. It’s heavy use of Latin based wording and symbols is something not seen in the games it has borrowed from. The Penitent one himself looks like something from a 11th century cult ritual, covered and dripping with blood with a pointed helmet resembling something the villain would wear, not the hero. Some of the games locations have had a lot of work put into them to make them distinct and pretty creative. The initial town of Albero resembles a broken town during the plague. Jondo is an upside down bell that one must venture into, and The Wasteland of Buried Churches is exactly how it sounds. There has been some effort for variety, but I feel some of the areas can come across as a bit bland. Some are fun to be in, while others exist to just be pathways to the next area, and it feels like a waste sometimes. From a graphical point of view though the games rendering looks brilliant. It’s opted for a modernized Super Castlevania-esque aesthetic, think like what Sonic Mania did. It took what it had and refined to a more polished level. Sprite work is well crafted and actually looks retro, not this cliched over pixelated mess that a lot of other indie titles will use for fake nostalgia. Each frame is beautifully animated and flows well. The other aspect of the game where the graphical team have done a great job is the minor cut-scenes themselves. They carry a real classic vintage PC look to them, as if they were designed for the classic Amiga or Atari and I love it, intentional or not they are reminiscent of games such as Kings Quest.

Combat in Blasphemous is simple, yet effective. The Penitent only has a few skills he can use. Basic sword attacks, a parry and prayers. Your sword is your main weapon, hit an enemy and don’t let them hit you, very straight forward. Parrying an attack at the right time will the stun the enemy for a short while leaving them open to attack, useful for quicker enemies that you can’t get behind. Prayers are special attacks that can be used that take up some ‘Fervor’ (think just of it as magic) that can be obtained by killing enemies. Dodging is also available to slip by an enemies attack and get behind them, more suited for stronger enemies you can’t parry. Health can be regenerated with ‘bile flasks’ which can be regenerated at alters. Think of altars as your checkpoints. You go to them to recharge health and flash, and will be your return point when you die. Death in Blasphemous is actually pretty forgiving. You don’t lose any of your items or XP (known as ‘tears of atonement’) and are sent back to the last altar you were at, the only penalty being that you will have ‘guilt’ and have some of your fervor meter capped, but only by 10% or so, which can be reclaimed if you go back to were you died, or if you find the correct altar and ask for forgiveness. Tears of Atonement can used for sword upgrades and abilities, or to buy from merchants. The game does go a bit overboard however. So along with prayers, you have rosary beads for buffs, relics for more buffs, quest items, Mea Culpa hearts for buffs with a penalty, abilities and collectibles and it’s lot to take in. I feel they could’ve merged 2-3 of the groups together and only feels to give the illusion of more variety, where it’s just a hassle to keep track of.

Combat overall has a great sense of weight and flow. The Penitent one platforms extremely well and there’s never an issue of controlling where he needs to go, or taking on smaller mob like enemies. The problems rise when it comes to certain enemy types who you can’t parry. I understand that there is a learning curve that comes with these games, but there’s also times where I feel the games mechanics hinder the players fun. Certain enemies you need to dodge by dashing by them, however depending on the hit box you can get damaged by touching a static enemy who isn’t attacking at all, which is just annoying. It’s also not consistent on how an enemy attacks, as I can dodge to get by but then get hit immediately by just having them turn around, even when they’re not attacking. There is the old Dark Souls quote of ‘git gud’ but I feel it doesn’t apply here due to the lack of dimensions you have to deal with. Because of the 2d space there is less area to work around, less ways to bate them out or go to the side for an opening – because you can’t. it’s simply dash behind and attack, or parry and attack but there’s still a decent chance you will receive damage anyway. These problems only get worse with certain enemy placements and level design which just seems unfair to create artificial difficulty. The game has a real issue with pacing and how hard certain areas can be. Sometimes I can run through an area and find then next altar easy. Other times there will be some enemy placement that isn’t a challenge, it’s just unfair and doesn’t make me feel accomplished in any way. This relates back what I said earlier with areas that exist to just be paths to the next labyrinth, that can be super easy to run through, until you meet that one enemy waiting on a ledge over a bottomless pit. It’s not coherent and goes from being a much too easy run on a straight line, to an annoying battle against the games mechanics and enemy placement.

The more I played of Blasphemous the more these cracks started to show. What took me at first for a twisted and macabre world of religious hatred was slowly turning into a generic slashy platformer. The creativity I experienced earlier on with the emphasis on blasphemic creatures and monsters would slowly become generic mob style monsters or monks. the lands I explored went from a bell chasm to a generic mountain top and the characters I came across were no more than standard NPCs. I grew apart from what the game was trying to offer me, but every now and then things would pick up and I’d find myself hacking down enemies with great satisfaction, climbing to the next area or unlocking a new path to a safe area. Blasphemous is a good game and my issues with the game were what I said – they are cracks – not game breaking problems that greatly hinder the game play experience, but small issues that may start to notice as your progress through the game. Blasphemous is a strong game and could be the start of an amazing series if they paced the difficulty, fine tuned the combat, cut the unneeded slack and just fine tuned the whole experience. Blasphemous is a great game with solid mechanics that seemed to have some good ideas that weren’t fully realized when put into gameplay, which is a shame but if it goes cheap, it’s worth checking out.

"The Miracle has forsaken us"

Summary Blasphemous is commendable effort into a modernized take on the Metroidvania genre, but falls flat in a few areas. None of these issues will totally break your experience and it's worth your time if you're into games such as Hollow Knight, and I'd say its also worth your time if you're into the Souls series and want to experience a different style of gameplay. Don't expect anything groundbreaking through, as its problems really hold it back from what could've been an amazing game. 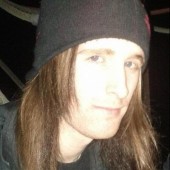 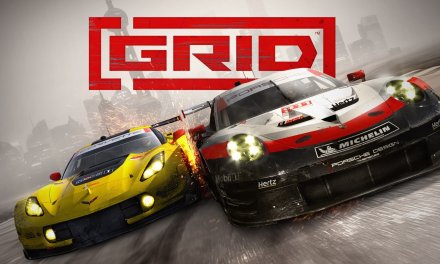 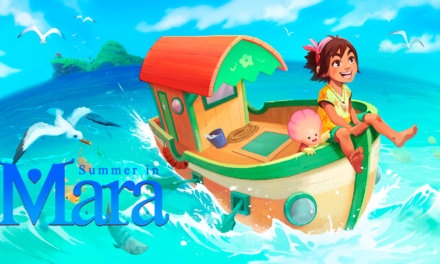 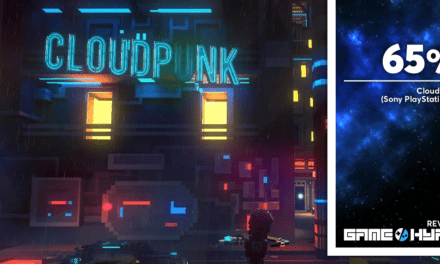