ONE HELL OF A FEEL TRIP

Since getting my hands on the PlayStation VR, my main focus has been its library that’s been steadily building up since 2016 and the hidden treasures that are just calling out for me to discover. One such treasure is Manifest 99, not so much a game but more like an experience, an experience that lasts about 20-30 minutes to complete, but a pretty good 20-30 minutes. Developed by American development team Flight School, Manifest 99 is a sobering tale of redemption and acceptance told using very minimalistic means with impressive visuals and a unique mechanic that requires simply your headset and your own eyes. 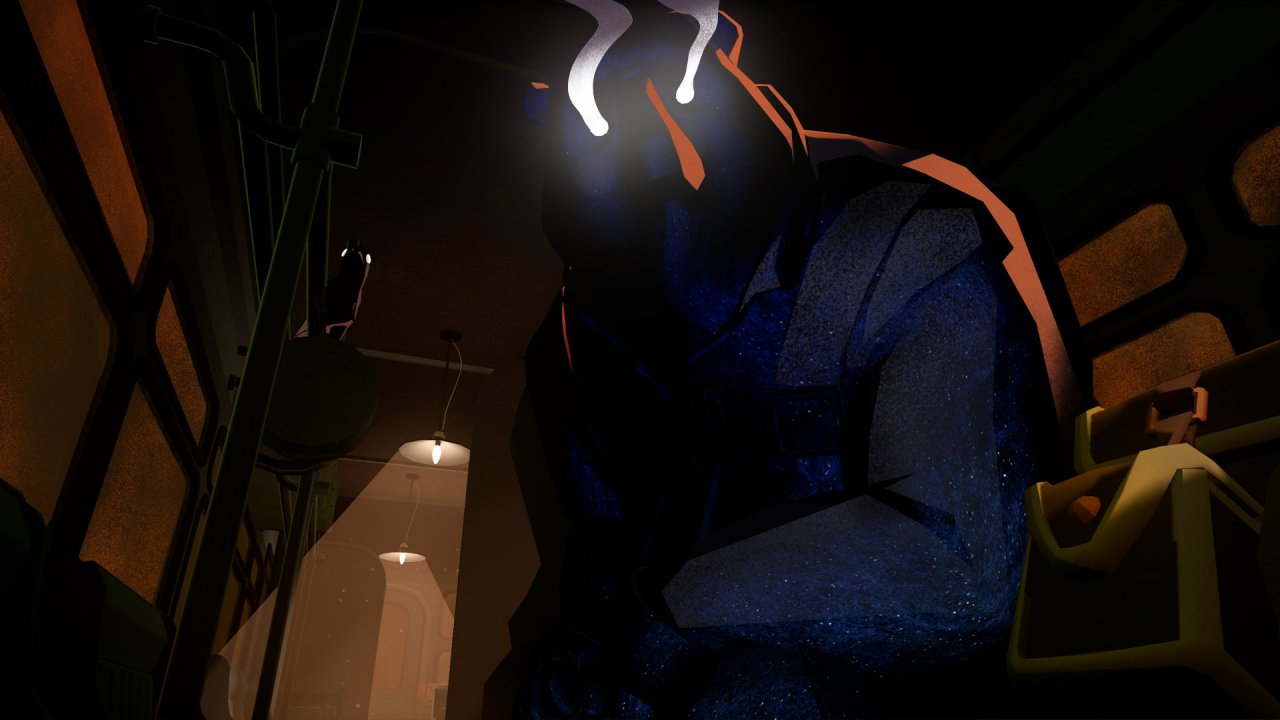 Manifest 99’s plot is a tale about accepting death and eventually finding redemption. You play as a blackbird who is on a train involved in a crash and is now making its way through the afterlife, along with its four anthropomorphic passengers who throughout the journey you come to discover how hey ended up on this train, which include a Bear making his way home after going to war, a Deer with a profound artistic appreciation and an Owl nursing a child back to health. The forth is a shadowy spectre phasing in and out of existence that occasionally passes by the corner of your eye. You learn more about these characters by looking into their eyes and seeing into their pasts which will eventually lead to the acceptance of their fate. 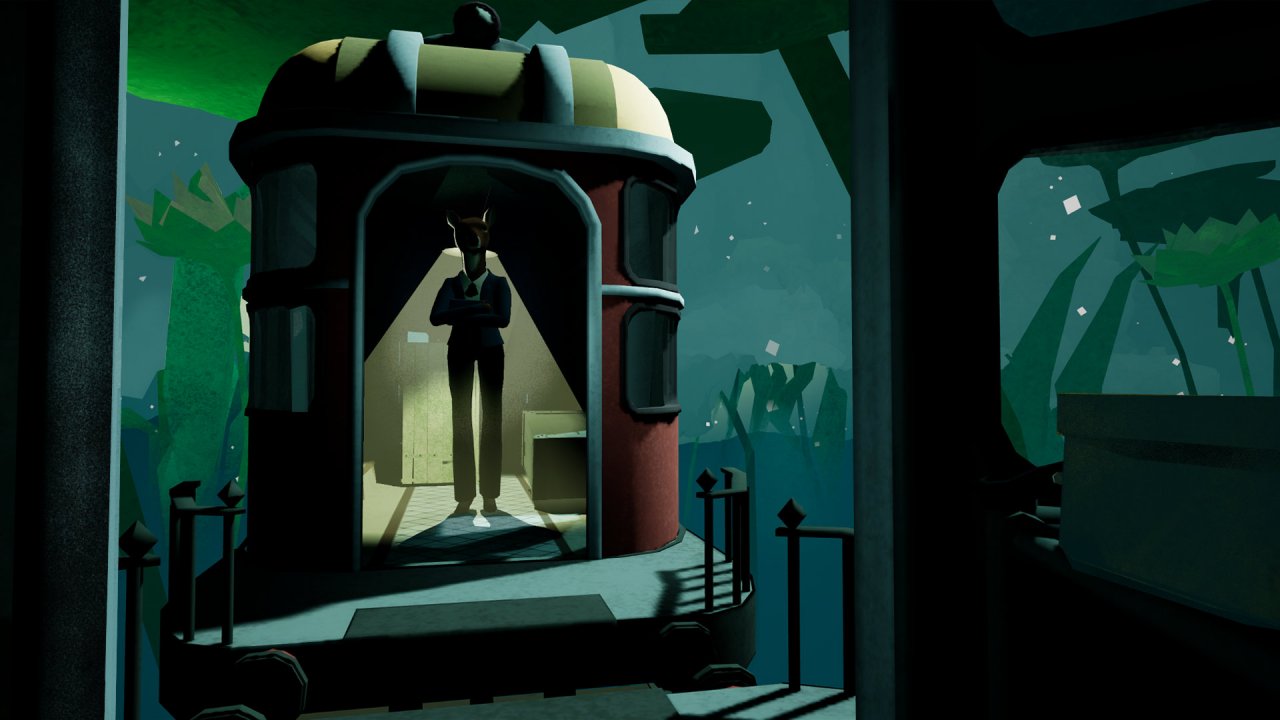 A game made using the Unreal 4 engine has all the potential to look absolutely stunning and Manifest 99 doesn’t disappoint at all in this case. For a game that relies so much on darkness and atmosphere it also features its fair share of beautiful backdrops witnessed from the window of the train. From a war-torn battle field to travelling through a wonderfully peaceful lilypond to what looks like a vast turf of brilliantly audacious pink rose petals. On the other side of the spectrum is the train itself, each car you travel through has such a delicious film noir expression to it this is driven home more by the lights of the tunnels revealing parts of the train car ever so briefly and the crows that reside on this train bring really compliments the morbid subject matter that manifest 99 takes on. There is also a touch of peril as each car detaches and crashes as you leave it. These two opposite environments put so close together combine to create a perfect juxtaposition of light and darkness in this title, and with the added immersion brought by your VR headset and it really helps you feel the weight on the passenger’s shoulders, who each have a towering and sorrowful presence about them. Manifest 99 is also told without a single word of dialogue spoken, however (cliché incoming) the beautiful, picturesque soundtrack does an excellent job of telling each character’s story and builds up as a crescendo as you get closer to the end of the experience. 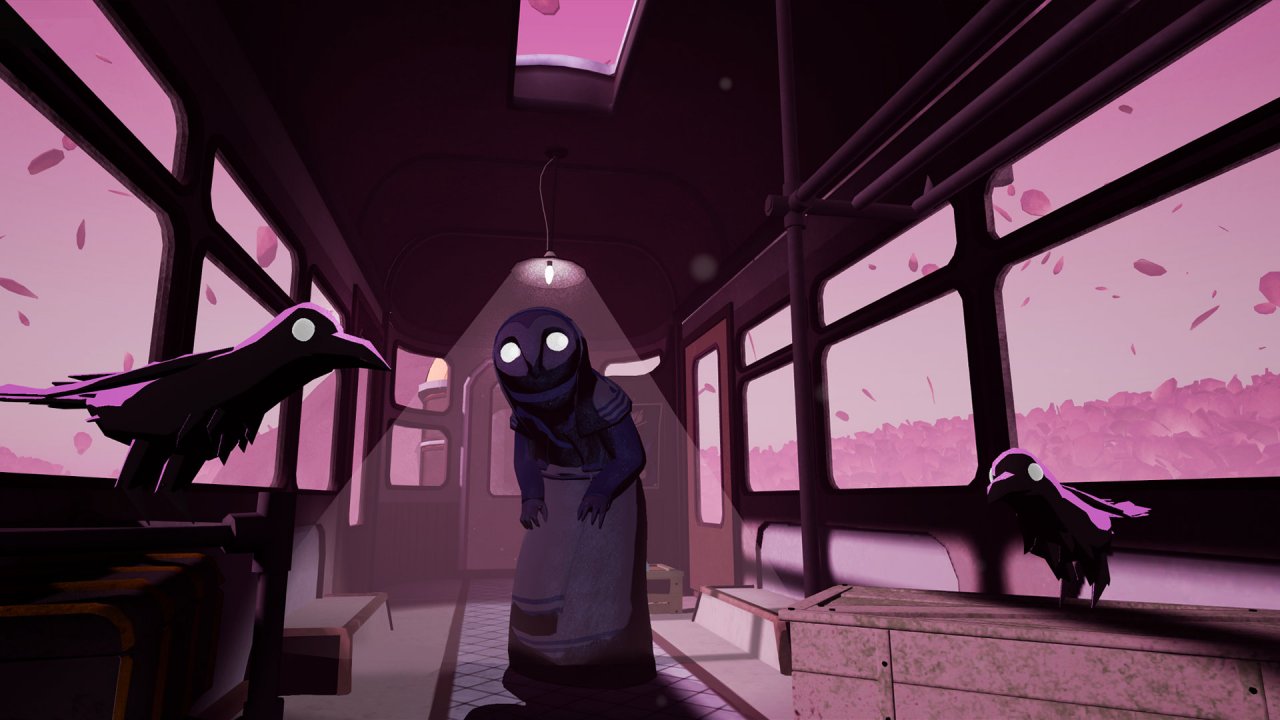 Manifest 99’s style of progression is one of the most refreshing I’ve seen in a long time. You can give your DualShock 4, move controller or any other appendage a break for this, as you move around by making eye contact with the crows that loiter around the train to teleport yourself to where they were perched (I often worried about what to do with my hands!). Now I’ve always been somewhat skeptical about motion controls and other variations of it, but I’m happy to say that I actually had very little problems with this mechanic, there were moments where I accidentally found myself transporting to another location by accident when I’m simply just checking my surroundings for items. When you find a passenger travelling to the great beyond, you have to make eye contact with them to learn their story which helps to create an extremely personal experience between you and these characters, and the way they do their best to avoid eye contact with you by moving their head, running or batting away the crows just helps build the gravity of their denial. You also have to search for personal items that correspond to each to the travelers helps you get more insight to them. 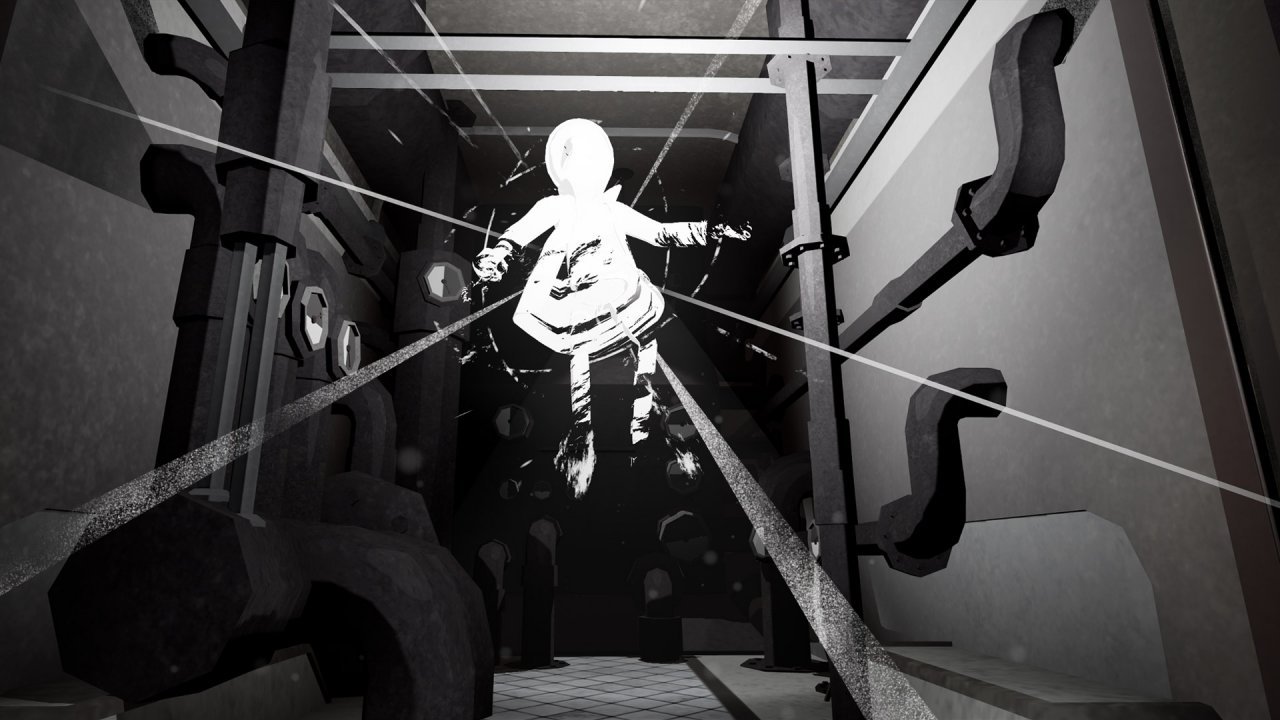 Despite its extremely short length, Manifest 99’s storytelling through sight and sound, its quirky uniqueness and wonderful contrasting art style hits hard. It’s spooky timbre and melancholy characters all together create such a real, thought provoking experience that it’s pretty damn hard not to appreciate. If you’re new to the PlayStation VR library, have an appreciation to more imaginative and inventive titles and want to fill a mere 850 MB (give or take) I highly suggest you give this title a look see.

Manifest 99 is available now on PSVR, SteamVR and Oculus Rift

Game was purchased by the Reviewer 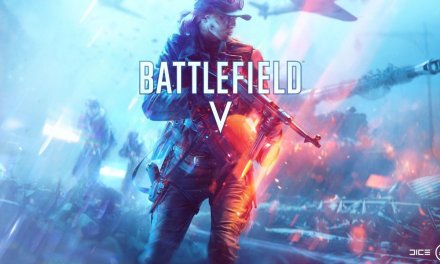 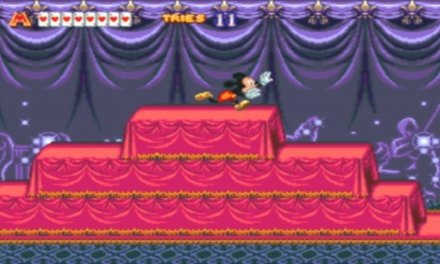 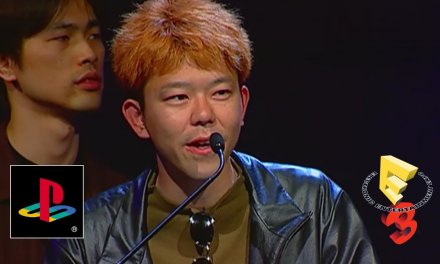 GH Collective – E3 Through The Ages 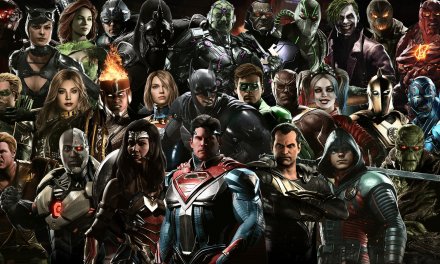 9 DLC Characters That Should Be Involved In Injustice 2